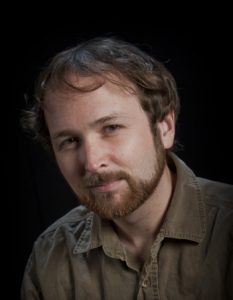 Dr. Jeremiah Blanchard currently serves as the Director of Computer Engineering and is Co-Director of the Engaging Learning Lab. His research focuses on how programming language representation connects to learning, remote digital computing assessment techniques, and educational games in science, technology, engineering, and mathematics. Dr. Blanchard graduated from the University of Florida with his PhD in Computer Engineering. He served as the CISE UF Online Director from from 2017-2021.

Previously, Dr. Blanchard served as Program Director of Game Development at Full Sail University in Winter Park, Florida (in the greater Orlando area), where he worked for 10 years and taught the Artificial Intelligence and Networking coursework before moving into administration. Before coming to Full Sail, he worked as a freelance game and application developer and lived, worked, and studied in the Osaka region of Japan. Among his educational game experience, Dr. Blanchard has worked with the National Flight Academy in Pensacola, Florida, developing flight simulator scenarios to help teach at-risk middle and high school students learn mathematics, physics, and history. He also worked with Design Interactive on CogGauge, a game-based cognitive battery system developed with the intention of testing brain injuries in space.