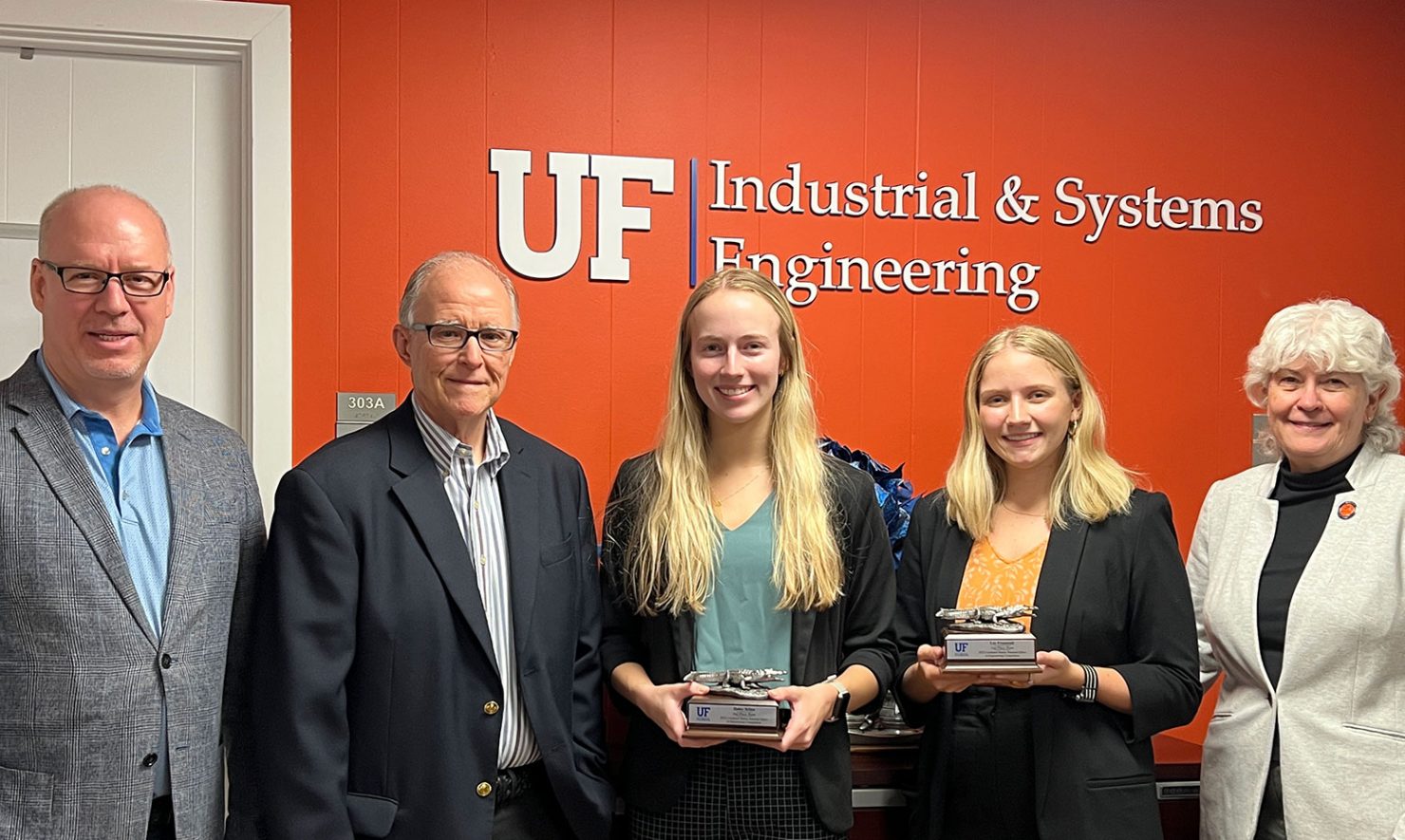 Two industrial engineering students set the bar high for future UF teams participating in the annual Lockheed Martin Ethics in Engineering Case Competition, as they secured a second-place finish among 31 collegiate teams from across the nation. Sponsor Lockheed Martin awarded UF engineering seniors Lia Frumenti and Haley Scites $750 each for their two-day task to present the most ethical engineering solutions to a complex scenario proposed by the tournament officials. 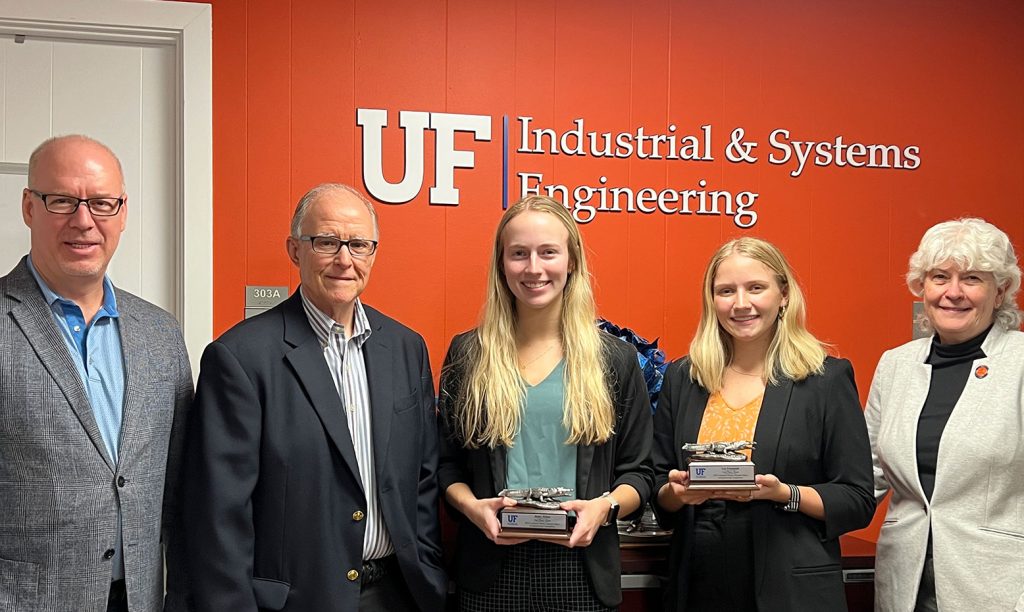 “The tournament format proved to be a very significant challenge for the teams to negotiate,” said Bill McElroy, team faculty coach and associate director of UF’s Engineering Leadership Institute (ELI). “As noted by the Lockheed-Martin tournament moderator in closing the event, selecting the winner was difficult, with small point differentials between the final teams. Earning a second-place finish in this competition was an outstanding accomplishment by our team, reflecting exceptional preparation and competition skills, as well as their excellent teamwork and communications skills.”

The two-day event event is normally held at the Lockheed Martin Center for Leadership Excellence in Bethesda, Maryland, but was again conducted in a virtual format due to the ongoing pandemic.

Competitors were given a complex case scenario involving two companies with assets in space that were on a potential collision course. The teams were seeded according to their preliminary 15-minute presentation, demonstrating their understanding of the ethical, engineering and business issues involved with the case. The next round involved a series of “real-world,” head-to-head competitions where the two-person teams represented one of the randomly assigned companies to argue their company’s position —based on the ethical, engineering and business issues —negotiating a solution in an emergency meeting called by the mythical “International Satellite Collision Avoidance Agency.”

“Real-world scenarios like the one Lia and I faced are exactly what will prepare us for situations like these in our engineering careers,” Scites said. “Working and preparing alongside Professor Bill McElroy and Dr. Claudio Spiguel [Professor of Engineering Ethics and Professionalism at the ELI] is teaching us how to critically think through these issues and respond respectfully with a drive for collaboration.”

The tournament involved double-elimination rounds in either a winner or consolation (1-loss) bracket, with Lockheed-Martin judges determining the winners of each round. In later rounds, updated information about the case was provided that further impacted a company’s options and decisions.

“Competing in this national event was such a rewarding experience,” Frumenti said. “Having the opportunity to represent UF and the Herbert Wertheim College of Engineering on such a complex case not only allowed us to apply what we’ve learned in our courses, but also gave us an opportunity to learn and grow with other students across the nation. Our second-place finish was a great memory for my senior year at UF, and I’m excited to see how the competition evolves in years to come.”