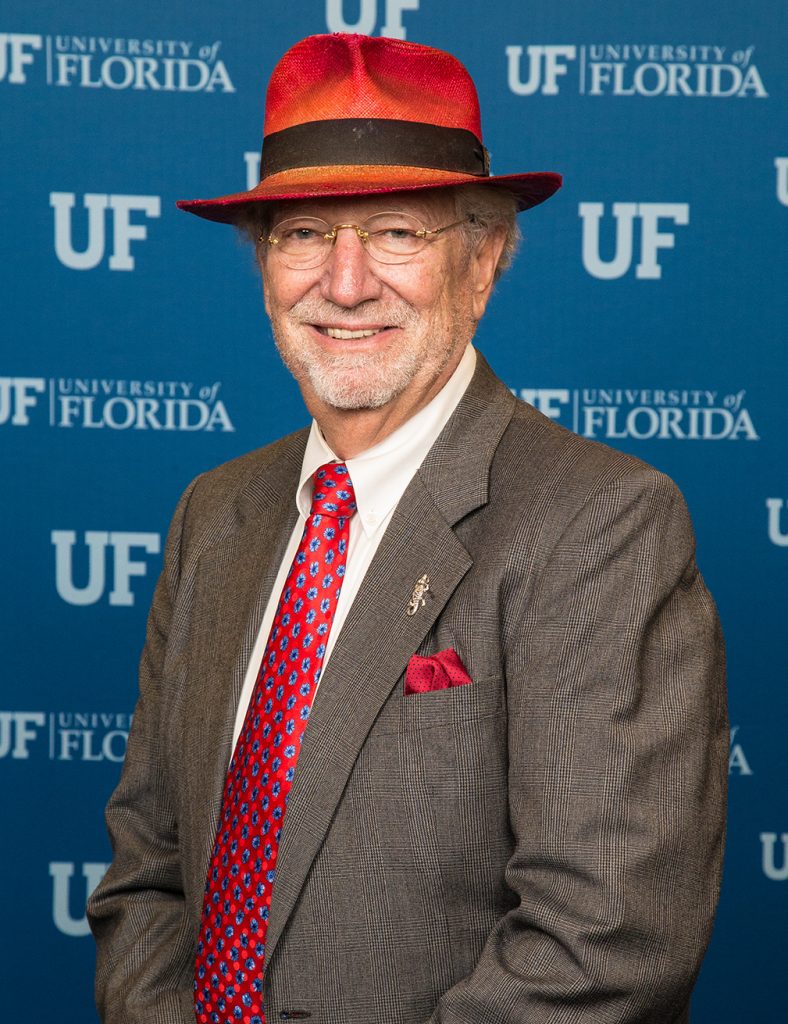 Dr. Herbert Wertheim received an Honorary Doctorate of Technology Degree from the University of Florida on May 4, joining the 2018 commencement class as one of UF’s New Engineers.  The honor highlighted his firmly established reputation as an inventor and pioneer in optical engineering over the last 50 years.

After serving in the U.S. Navy from 1956-60, Dr. Wertheim worked for General Dynamics at NASA. Upon graduating from Eastern Florida State College, he continued his studies in engineering at the University of Florida. Once he received his Doctor of Optometry degree, Dr. Wertheim began his innovative research. He combined his knowledge of the effects of ultraviolet light on the human eye with his engineering acumen to develop tints for plastic lenses, to which he added filters to protect eyes from ultraviolet and blue light. This protective coating, used primarily in sunglasses, prevents cataracts and macular degeneration, prolonging visual life for millions of people.

Dr. Wertheim’s earliest innovations in the field of optometry are still benefiting countless people today, and he has made many more advances through the years that are transforming society.  Dr. Wertheim commercialized his engineering efforts through his company Brain Power Inc. (BPI), which has a strong R&D emphasis on developing new optical technology.

In further tribute to Dr. Wertheim’s endeavors to transform the future, Dr. Cammy Abernathy, Dean of the Herbert Wertheim College of Engineering, said, “The University of Florida is proud to award you the title of Honorary Doctor of Technology, Dr. Wertheim, for your dedication to solving the world’s problems through discovery and innovation. Your pioneering spirit and lifelong commitment to making the world a better place set a shining example of the New Engineer for all our students to follow.”

Two days later, Dr. Wertheim inspired more than 2,000 graduates during the Herbert Wertheim College of Engineering undergraduate commencement, charging them to go out and be BIG – bold, inquisitive and good – in everything they do as engineers and as citizens of the world.