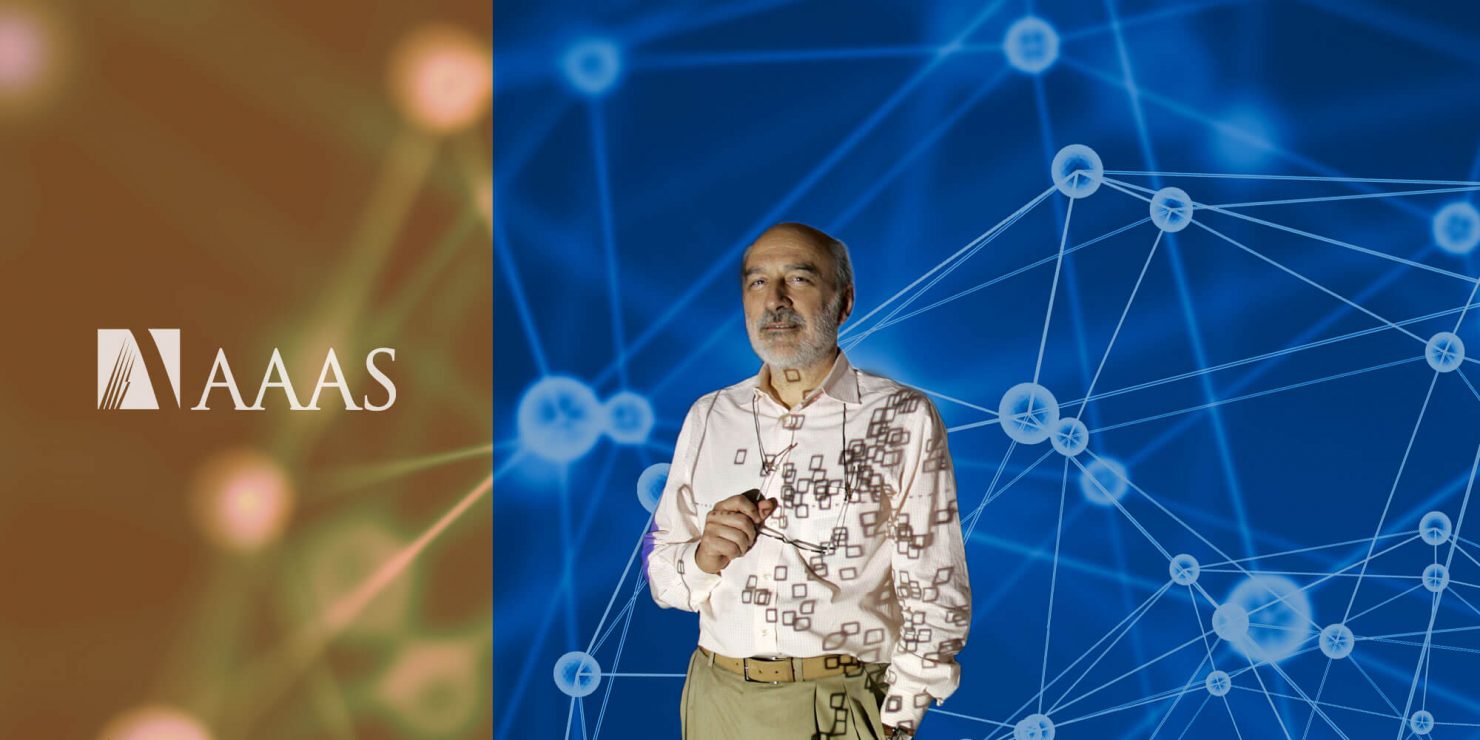 The American Association for the Advancement of Science (AAAS), the world’s largest general scientific society and publisher of the Science family of journals, has elected José C. Príncipe, Ph.D., as one of seven faculty and staff from the University of Florida, to the newest class of AAAS Fellows. Príncipe is honored for distinguished contributions to the field of statistical signal processing, specifically by incorporating information theory and kernel functions applied to computational neuroscience.

Príncipe is Distinguished Professor of Electrical and Biomedical Engineering in the Herbert Wertheim College of Engineering. He started his career at UF in 1987 applying computer technology to address medical questions. Today he uses biology to inform technology in the Computational NeuroEngineering Laboratory, where he works on brain-machine interfaces, among other things. He is working on creating mathematical frameworks that represent cognitive processes so they can be programmed into computers. He received the IEEE Neural Network Pioneer Award in 2011 for this work. Príncipe has also been a leader in UF’s Artificial Intelligence initiative as former director of the NSF-funded Center for Big Learning, whose mission is to “explore and pioneer research frontiers in emerging large-scale deep learning” in collaboration with industry and to train the next generation of scientists.

The 2021 class of AAAS Fellows includes 564 scientists, engineers, and innovators spanning 24 scientific disciplines who are being recognized for their scientifically and socially distinguished achievements. AAAS Fellowship is among the most distinct honors within the scientific community.

“Selection as AAAS Fellows is an important recognition of the outstanding research these seven faculty members are undertaking,” said David Norton, UF’s vice president for research. “It is also recognition of the breadth and diversity of UF’s nearly $1 billion research enterprise .”

“AAAS is proud to bestow the honor of AAAS Fellow to some of today’s brightest minds who are integral to forging our path into the future,” said Dr. Sudip Parikh, AAAS chief executive officer and executive publisher of the Science family of journals. “We celebrate these distinguished individuals for their invaluable contributions to the scientific enterprise.”

This tradition stretches back to 1874. AAAS Fellows are a distinguished cadre of scientists, engineers, and innovators who have been recognized for their achievements across disciplines ranging from research, teaching, and technology, to administration in academia, industry, and government, to excellence in communicating and interpreting science to the public.

Members can be considered for the rank of Fellow if nominated by the steering groups of the association’s 24 sections representing each scientific discipline, by three Fellows who are current AAAS Members (so long as two of the three sponsors are not affiliated with the nominee’s institution), or by the CEO of AAAS. Fellows must have been continuous members of AAAS for four years by the end of the calendar year in which they are elected. The AAAS Fellow honor comes with an expectation that recipients maintain the highest standards of professional ethics and scientific integrity.

Each steering group reviews the nominations of individuals within its respective section and a final list is forwarded to the AAAS Council, which votes on the aggregate list. The Council is the policymaking body of the association, chaired by the AAAS president, and consisting of members of the board of directors, the retiring section chairs, delegates from each electorate and each regional division, and two delegates from the National Association of Academies of Science.

The new Fellows will receive an official certificate and a gold and blue rosette pin to commemorate their election (representing science and engineering, respectively) and will be celebrated later this year during an in-person gathering when it is feasible from a public health and safety perspective. The new class will also be featured in the AAAS News & Notes section of Science in January 2022.