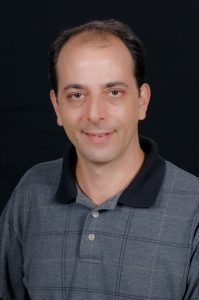 Jason Weaver, professor of chemical engineering at the University of Florida’s Herbert Wertheim College of Engineering.

Jason Weaver, a distinguished professor at the University of Florida’s chemical engineering department, has been appointed as a Fellow of the American Vacuum Society. AVS is known for their dedication to the advancement in fields of study ranging from chemistry to engineering, with their main focus concerning surface, interface, and processing technology. This AVS Fellow award is only given to 0.5% of AVS members yearly, and indicates that Weaver has consistently contributed extraordinary scientific and technical additions for the field of surface chemistry.

Weaver received his Ph.D. from Stanford University in 1999. His research focuses on surface chemistry concentrated on advanced oxidative processes, in addition to exploring thin film nanotechnology and kinetic modeling.

Within his focus within chemical engineering, Weaver analyzes the processes behind surface chemical reactions. He has already made significant contributions to this field by studying alkane activation and oxidation on thin oxide films. The impact of this research is greatly utilized in areas such as energy transformation, pollution control, and the synthesis of chemical reactions. Weaver has over 90 publications concerning his findings in a variety of esteemed scientific journals, including The Journal of Physical Chemistry.

“I have been a member of the AVS for 20 years,” Weaver said. “I hope my group’s work on the growth and surface chemistry of metal oxides continues to have a positive impact in the engineering and scientific community.”

The AVS Awards Ceremony will be held during the AVS Symposium in Nashville on Wednesday, November 6, 2016. The symposium is a weeklong event that offers specialized training seminars for those working in the fields of materials, processing, and interfaces. There will also be an exhibition where cutting edge technology related to these sciences is displayed.

The department of chemical engineering at the University of Florida is known for their highly decorated and extremely qualified faculty, who possess accolades from Electrochemical Society, the American Institute of Chemical Engineers, the National Science Foundation and many other respected organizations. The department members also frequently serve in high positions in institutions such as the National Academy of Engineering and the International Society of Electrochemistry.