Home away from home – for 47 years this academic advisor has built a family of Gator Engineers. 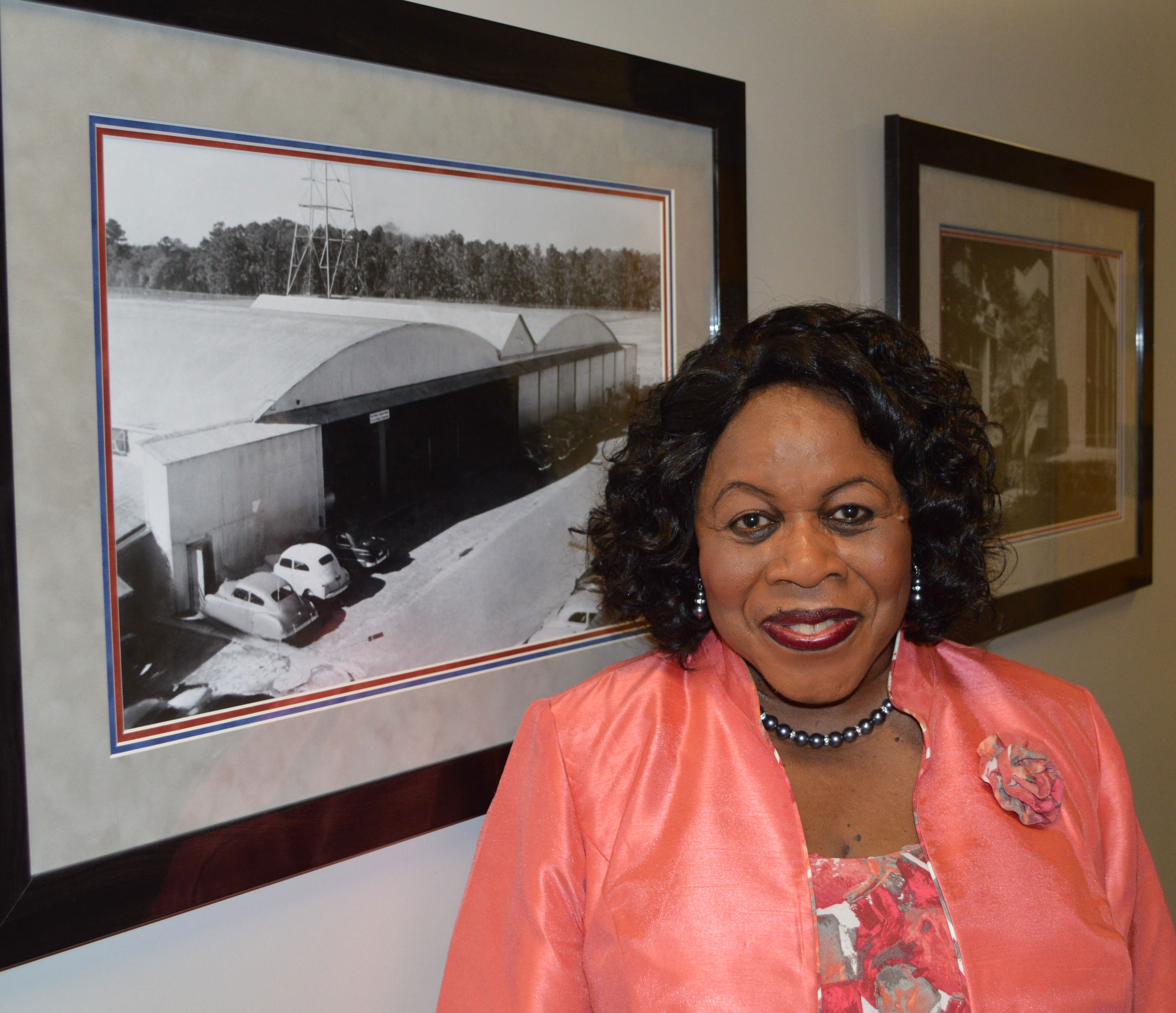 Shirley Kelly stands in front of a picture of the building she worked in when she started with the College of Engineering in 1967. They called it “the Hanger.”

It’s 1967. Lyndon B. Johnson is president of the United States, Steve Spurrier just won the Heisman trophy, Library West recently opened its doors, and following the retirement of J. Wayne Reitz, Stephen C. O’Connell has become president of the university. In the College of Engineering, Shirley Kelly has just taken a position among the support staff.

She didn’t know at the time that she was the first black woman hired at the college, or that she would still be working here 47 years later. (She tried to retire once, but couldn’t stay gone). Her first desk was in “The Hanger,” an airplane hangar-like building partially converted into office space that stood where the O’Connell Center is currently. Her current desk is in Chemical Engineering. But no matter where she has been stationed on campus, Shirley Kelly has been a home base for an enormous family of Gators that now span all across the globe. Step into her office to see for yourself…

Last fall a new student showed up here and he said he was told that when he got to Florida, to school, to ‘make sure you go talk to Shirley.’ He’d been told that I would help him out if he got into any kind of situation or ran into any problems.

Q & A with Shirley