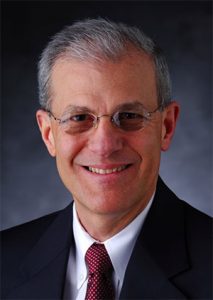 After a full four-year term, which included establishing a precedent and the organizational structure for a vital and visionary part of Dean Cammy Abernathy’s leadership team, Carlos del Sol has stepped down as chair of the Dean’s Advisory Board (DAB). Carlos is retired from Campbell Soup Company, where he was the vice president for global engineering. He will still serve as a member of the DAB, ensuring the success of the college – including the many efforts he and his wife Olga have personally supported: student scholarships and the STEP-UP program, the Department of Industrial & Systems Engineering – where he earned his degree, and the Herbert Wertheim Laboratory for Engineering Excellence – the college’s new flagship building.

International patent attorney Bill Troner has stepped into the chair position, adding to a growing list of ways he’s served the college. He previously served as the vice chair of the DAB, was the co-chair of the board’s Development committee. As a guest lecturer, Bill has taught a class on intellectual property every semester to hundreds of students enrolled in Engineering Innovation and Entrepreneurship for Engineers – classes offered through the Engineering Innovation Institute. He also serves on the advisory board for the Engineering Leadership Institute, offering guidance on curriculum and institute initiatives. He and his wife Lisa invested in the new Herbert Wertheim Laboratory for Engineering Excellence, which will house both institutes. 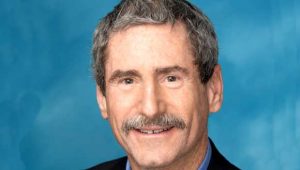 Bill graduated from UF with high honors in 1980 with a BS in electrical engineering. He returned to earn his law degree, again with honors, a few years later. He joined the legal team at Harris Corporation in 1986 as in-house patent counsel and moved up the ranks to become intellectual property counsel for both the semiconductor and communications sector. In 1995, he left Harris and formed André-Troner, LLC, a patent licensing firm, where he currently serves as a managing partner. He’s a member of the Florida Bar, the Patent Bar, the American Bar Association, and the American Intellectual Property Law Association.

Gary Miller, Ph.D., is the board’s new vice chair, bringing academic and industry experience to the position. Gary is a double-Gator with a bachelors degree in mechanical and aerospace engineering and a Ph.D. in mechanical engineering. In between he earned a master’s degree in biomechanics from MIT. He has taught in UF’s College of Medicine, College of Veterinary Medicine, and the College of Engineering. He is a co-founder and the current vice president of research and development of Exactech, an international company based in Gainesville that develops innovative products for bone and joint restoration. He serves on the external advisory boards for the J. Crayton Pruitt Family Department of Biomedical Engineering and the Department of Mechanical & Aerospace Engineering. He and his wife Suzy are also supporters of the new building. The building’s Gary J. Miller, Ph.D Orthopaedic Biomechanics Laboratory will be named in his honor.