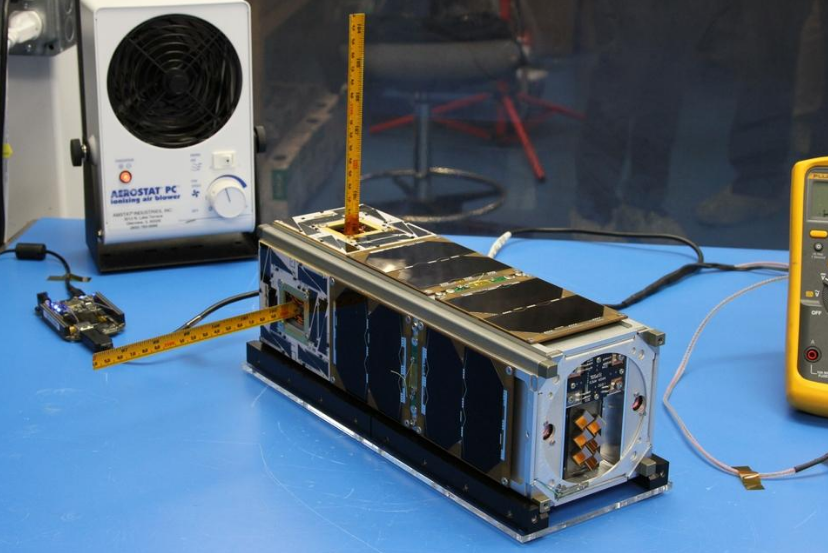 This article is written by Kevin Brockway and originally published in the Gainesville Sun.

The Gator Nation is everywhere, including space.

On Sunday, NASA launched a University of Florida satellite that could help improve the accuracy of timing-sensitive satellites, such as GPS.

“We’ve spent five and a half years to get to this point, and the launch is always the riskiest part,” said UF mechanical and aerospace engineering Associate Professor John Conklin. “Having passed that hurdle, it feels great.”

The UF satellite was one of 13 research cube satellites launched by Rocket Lab Electron from New Zealand as part of NASA’s Educational Launch of Nanosatellites (ELaNa) program. The goal of UF’s research from space is to improve time-transfer synchronizing systems through laser technology. Systems like GPS synchronize their times through radio waves, which have a higher delay in the atmosphere and also a higher error rate.

Errors in time result in errors in location, because systems like GPS calculate distance by multiplying the traveling time of radio signals by the speed of light.

“Your timing accuracy is directly correlated to your position accuracy,” said Seth Nydam, a UF mechanical and aerospace doctoral student who is working under Conklin on the project. “On the Earth, your cell phone is accurate to about six meters when you go outside. What we’re trying to get it down to is six centimeters.”

The satellite and experiment both have a name fitting for UF — CHOMPTT — which stands for the CubeSat Handling Of Multisystem Precision Time Transfer.

A pulsed laser system, located at the Kennedy Space Center, is synchronized with atomic clocks on board the satellite. UF will spend the next 12 months studying optical pulses from ground to space, calculating the time discrepancy between a ground atomic clock and the atomic clock on CHOMPTT.

Will it work? Conklin, who is serving as principal investigator of the project, is optimistic. He came up with the idea of time synchronization more than five years ago while working as a research scientist at Stanford in 2012, and received initial funding from the U.S. Air Force, which has interest in GPS systems.

“We’ve done the analysis, we’ve done the work and I expect that we will be successful,” Conklin said. “I mean, we already are successful, our clocks are working on orbit, that’s a first, no one has ever demonstrated an atomic clock operating successfully on such a small satellite as ours ... so we’ve already hit a first with the mission.”

Conklin and his team watched the satellite launch from World of Beer in Tioga on Sunday morning. The project is a collaboration between UF and the NASA Ames Research Center. The CHOMPTT precision timing payload was designed and built by the Precision Space Systems Lab at the UF, while the 3U CubeSat bus that had prior flight heritage was provided by NASA Ames.

NASA’s CubeSat initiative funded the launch of the UF satellite.

“They are the ones who paid for our ride to space,” Conklin said.

Nydam said the satellite has already completed one orbit around the world without encountering problems.

“We’ve gotten temperature data, we’ve gotten data from the payload right now that we’re operating normally,” Nydam said. “Our chip scale atomic clock has been locked since launch, and basically we’ve been getting “sensing reset” for the last 26 hours. Everything has been looking good. We couldn’t ask for anything better right now.”

Related: From Near Earth to Infinity and Beyond: UF Engineers Innovate Space Research