Edward Phelps, Ph.D., assistant professor and J. Crayton Pruitt Family Term Fellow at the J. Crayton Pruitt Family Department of Biomedical Engineering, has received a $1.8M R01 grant from the National Institutes of Health (NIH) to further his studies of the role of gamma Aminobutyric Acid (GABA) in the islet cells of the pancreas. In a recent interview, he answered questions about how his research has grown from solving a biological mystery to building a foundation for new studies in diabetes.

Can you summarize for us the results/impacts of your previous research to help our readers understand the significance of this latest study? 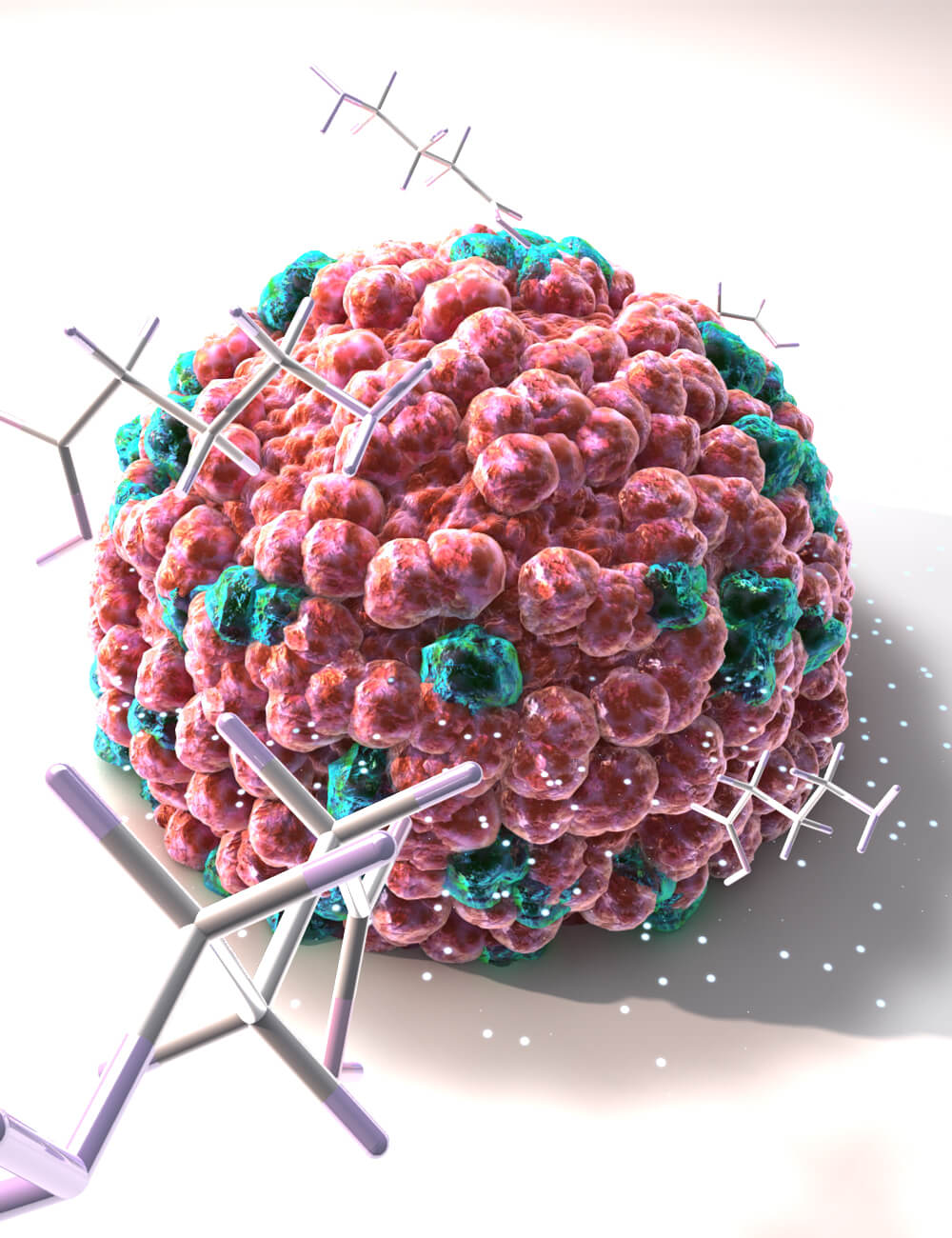 There are two sites in the human body where GABA is manufactured in large quantities – in the brain and in the beta (islet) cells of the pancreas. It had been long believed that GABA, which functions as a neurotransmitter in brain cells, was secreted from vesicles in the same manner in the beta cells. Our research showed that the vast majority of GABA was NOT secreted from vesicles but was present throughout the cytosol and left the cell through a volume-regulated anion channel (VRAC) that helps the cell maintain its size and shape. Before our research, it was not know that this VRAC was also responsible for the release of GABA from the islet cells. These results led us to study how it regulates the signaling cycle around the cell and links to metabolism in a very direct way. This is a very beautiful mechanism that we are starting to unravel.

What is the significance of GABA in the islet cells?

When beta cells sense glucose, they convert it to adenosine triphosphate (ATP), which provides energy to drive the release of insulin. By pulling GABA into the conversion cycle, the beta cells may be able to more quickly release insulin to regulate metabolism.

Did you develop a new technique for testing for GABA as part of your research?

Yes, in collaboration with the University of Miami, we used “sniffer” cells, which express a GABA receptor. We put a probe inside that cell for calcium that fluoresces. Basically, that cell lights up when GABA is around. We positioned those cells in a flow field just downstream from the islet and watched what the islet was releasing. We are now evolving this methodology to improve the analysis by genetically engineering a sniffer probe into the islet cell itself.

What role did your research on GABA pathways play a role in your receiving the new NIH grant?

We had a very large body of work that represented new science challenging an old paradigm. With more information, we are now understanding more about this area of biology. Both the older paradigm and our new work led to our proposal for learning more about GABA and its role in metabolic regulation, with potential for future research in healthy subjects and those with diabetes Type 1 and Type 2.

What are the aims for your new research?

We have two specific aims. First, we want to build on our research into the mechanism of GABA release. We want to understand what controls this system. We found that the release came in pulses, similar to oscillations in other beta cell pathways but were never before demonstrated for GABA. We now want to find out what is the control and feedback that the beta cell uses to create that pulsatile release. We think a pattern generator other than glucose regulates the oscillation, and we want to investigate this further.

Our second aim is to show the relationship between GABA release and abnormalities in the islet system, such as diabetes. The beta cells may be able to use the pool of GABA to synthesize ATP faster. This is something we want to look at more closely. We previously observed that beta cells in diabetic conditions do not make enough GABA. Now, we hope to find out if this loss of GABA in diabetes slows down the release of insulin.

How will your new research impact the study of glucose regulation in the human body?

There are a lot of pharmaceuticals that impact GABA metabolism or signaling in the brain. We may potentially be able to use pharmacology to influence the GABA system in the pancreas as well to treat deficiencies in GABA production by stressed beta cells.

Is your research an interdisciplinary effort?

Yes, the interdisciplinary aspects afforded us by the colocation of medical and engineering colleges on the same campus was instrumental in our gaining this NIH grant. Thanks to our close affiliation with the UF Health’s network for Pancreatic Organ Donors (nPOD) and the UF Diabetes Institute, we have access to human pancreatic tissues that we can use in our research. We also have collaborators in BME and in other engineering departments, especially Mechanical Engineering.

How has being a part of the UF Department of Biomedical Engineering contributed to your research?

As a young, early-stage investigator, starting my career at UF has really helped me a lot. The supportive mentorship of people like Dr. Cherie Stabler and access to collaborators and facilities available on campus at UF have been major contributors to my achievements.