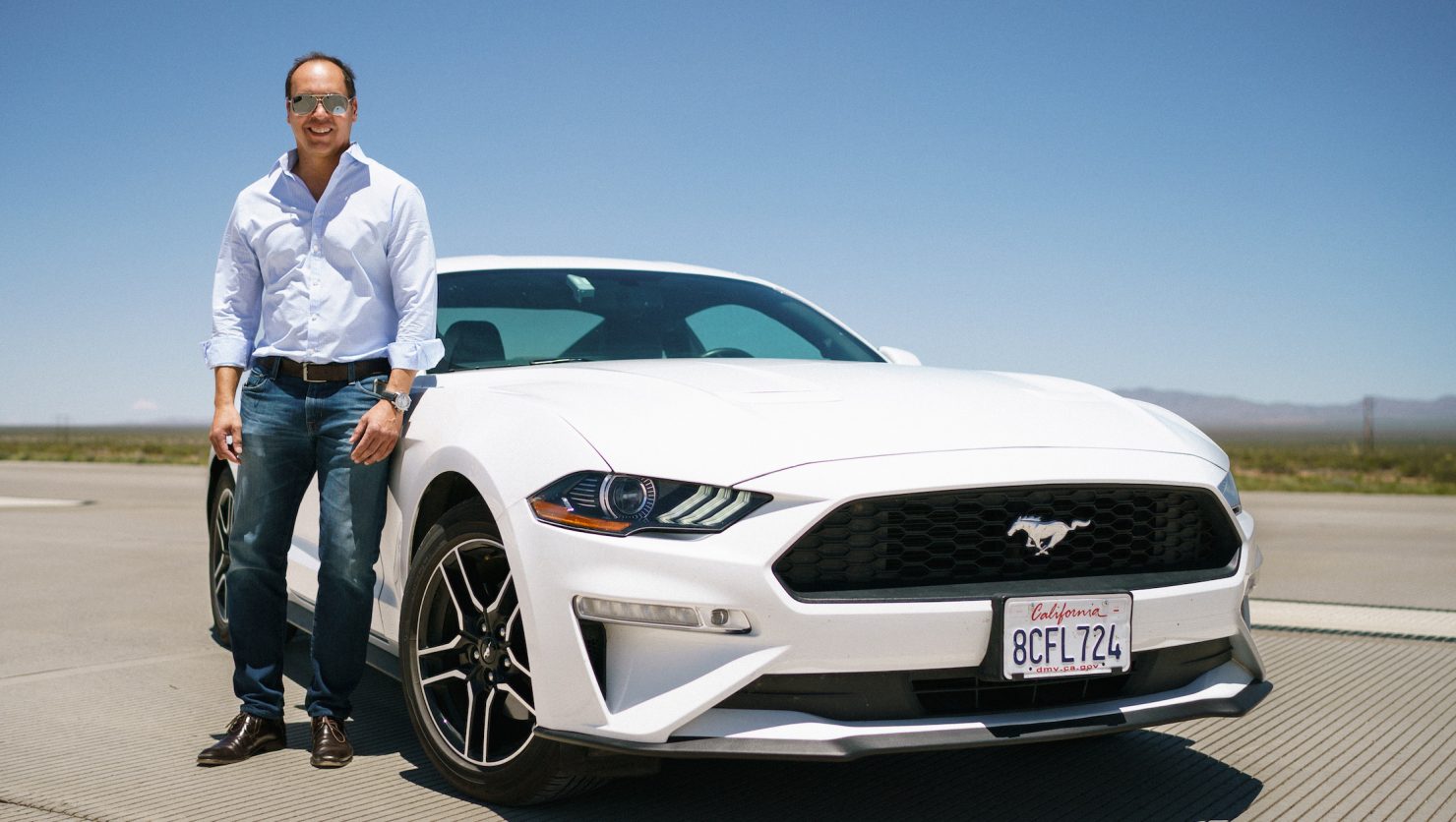 Edwin Marcial (BS, ECE ’92) owns and drives a few cars, mostly Porsches. Other people loan him their cars to drive, too. When he’s driving, he is often talking to CEO’s, CTO’s, and COO’s from some of America’s top companies about how they made their companies a success. The drives and the tech talk are captured on video for Marcial’s Techrides website. He has interviewed leaders from Delta Airlines, Virgin Galactic, and Intercontinental Exchange, among other Fortune 500’s. He is interested in how they made their corporate imprint and shares the excitement with the many viewers on his site. 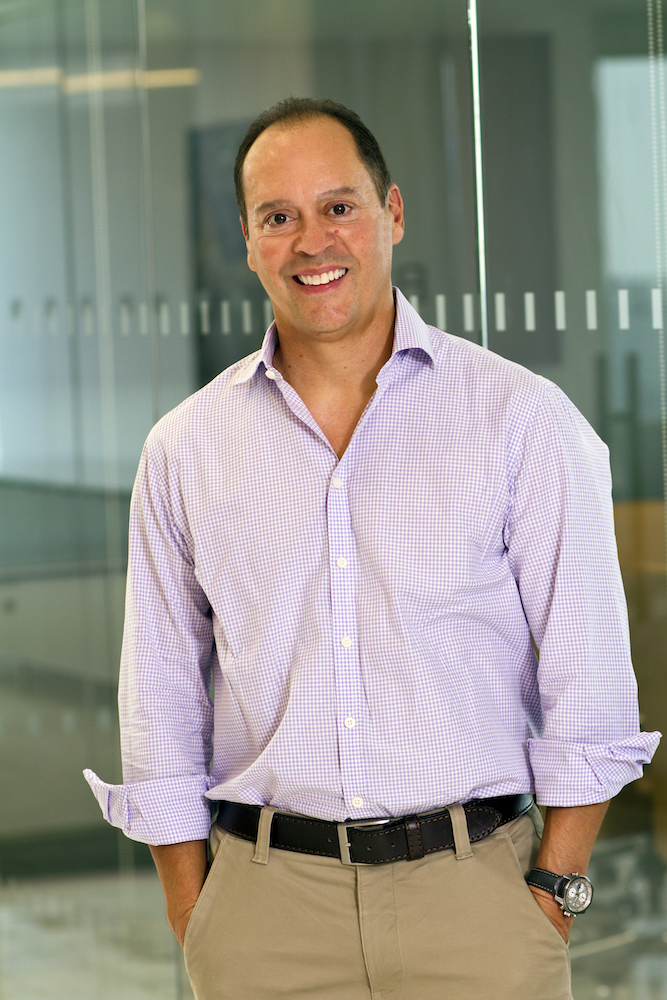 During the time of COVID-19, the rides have turned into podcasts, but Marcial looks forward to getting back on the road soon with others like himself who have accomplished the seemingly impossible to make a name for themselves and their corporate and academic brands. One of his most recent podcasts was with Cammy Abernathy, Ph.D., dean of the Herbert Wertheim College of Engineering at his alma mater, the University of Florida. In addition to discussing the future direction the college is taking with the UF artificial intelligence (AI) university initiative, the work UF is doing to improve diversity in engineering, the challenge traditional universities face from skills-based training platforms and boot camps, and how students can best prepare to study and be successful in engineering, Marcial and Abernathy found a few moments to talk lightheartedly about a 1967 Ford Mustang the dean has in storage.

Marcial is a great example of following through and driving for success. Born in New York City and growing up in Miami from the age of 12, he arrived at the University of Florida not quite sure what he wanted to do. After four years, he had enough credits to graduate, except that they were spread out across a number of different majors; and according to his recollections, he unfortunately found himself on academic probation. He actually dropped out for a year, but those months spent waiting tables in Miami made him realize how important his education and a degree from UF were to him. He went back and got his B.S., this time solidly majoring in computer science and engineering.

However, that determined focus before graduation took another turn as he experimented to find his calling. For the first four years out of college, he worked for a large defense contractor in Florida, writing code for energy control systems. There, he learned the value of corporate structure in a big enterprise and how much good mentors can help shape a young engineer’s career; but he felt he was still missing something.

In 1996, he joined a small start-up of 30 people, the Continental Power Exchange (CPEX). The Atlanta based CPEX was building an electricity trading platform. When the initially struggling company was bought by California power plant builder and entrepreneur Jeff Sprecher, Marcial became one of six remaining people in the pared-down operation; and Sprecher made him the Chief Technology Officer. They started over, changed their name to Intercontinental Exchange (ICE), and the race was on to build an Internet based commodities trading platform competing with Enron, the New York Mercantile Exchange (NYME) and the Chicago Mercantile Exchange along the way (CME). Thirteen years later, ICE bought the New York Stock Exchange; and today they are worth more than $50 billion. Their success came thanks in large part to Marcial’s software development acuity and his ability to build and lead a team of 350 computer engineers and technicians who were dedicated to being the best financial market place in the industry.

When Marcial left the company in 2014 as Senior Vice President and founding CTO, ICE had grown from a small electric power trading exchange into a Fortune 500 company operating one of the largest financial marketplaces in the world. Yet he modestly says, “I felt like I had accomplished what I wanted to do at ICE, and I was ready to move on.” Today Marcial enjoys playing amateur baseball with the Atlanta Cigars, driving his cars, and flying drones. He brings balance to his life by advising and consulting with start-up companies, investing in some of them that show potential, and developing his production company for Techrides. His most rewarding investment, though, has been his involvement with the students at Year Up.

According to Year Up, a non-profit organization that helps underrepresented young adults gain access to sustainable careers, five million young adults in the U.S. actually do not have a stable career pathway to well-paid jobs, while 12 million jobs that require post-secondary education will go unfilled in the next decade. Year Up aims to close that divide by enabling these individuals aged 18-24 years old to move to meaningful careers in just one year. Marcial is a member of the Board of Directors for Year Up Atlanta, and he introduced to them the idea of adding software development and coding to their programs for training young people who have not had the traditional opportunities for higher education. For two years, he volunteered as an instructor at Year Up, and then he provided advanced training for select students while they were undergoing their internships.

“The internships are an important segment of the Year Up program, and part of what we do is to interest local businesses in taking the students on as interns during their last six months at Year Up,” Marcial said. “The response has been very favorable, and the program provides a clear and concrete path for companies to follow in promoting diversity, equity and inclusion.” He added, “The very best reward from being involved with Year Up comes when one of the students calls me up and tells me he or she has been hired by a company in a position that is making a real difference in their lives. These underrepresented young people are making good wages for the first time, and they are building their self-confidence in the business world.”

It is clear that his own journey, from wondering “What’s next?” in his younger days to the disciplined professional leading an unbeatable engineering team through the intricacies of daunting financial markets, has helped shape Marcial to become the perfect mentor for the next generation of youths who need to gain that first foothold as they step up and make their own impact in society.

“Nothing beats helping young people discover their innate abilities and seeing them follow their passions to be their best,” he said.