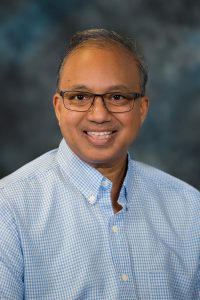 “Rivers are sacred to humans because they deliver sediments and fresh soil to grow our food,” says Dr. S. “Bala” Balachandar, William F. Powers Professor and Distinguished Professor in the Department of Mechanical and Aerospace Engineering at the UF Herbert Wertheim College of Engineering. “Under-ocean turbidity currents serve as underwater rivers that transport sediments to sites where they can be useful. They are very important in carbon distribution, promoting an oasis of life at the bottom of the ocean and controlling the biodiversity of geological and geographical regions.”

As rivers run to the sea, they carry sediments – some as small as a carbon molecule, others as large as a car. When they reach the relatively steeper slopes (1-5%) of the ocean bed along coastlines, their waters form supercritical turbidity currents that quickly dump their sediment load and mix with the ocean. Some turbidity currents, however, become subcritical on flatter slopes (less than 1%) as the fresh water mixed with sediment sinks to the bottom of the ocean due to its higher density. Subcritical turbidity currents transport large amounts of carbon, nutrients and fresh water through oceans and play an important role in global geochemical cycling and seafloor ecosystems. These currents, sometimes reaching as high as the Grand Canyon is deep, travel for hundreds to thousands of kilometers under the ocean.

What holds the underwater rivers together?

How sediment-laden subcritical turbidity currents can travel such great distances without mixing with the ocean waters above is an important question that has been answered by a team of engineers at the University of Florida, led by Dr. Balachandar and Dr. Jorge Salinas of the Department of Mechanical & Aerospace Engineering (MAE). Dr. Balachandar has been working in the area of large-scale simulation of complex flows, transition and turbulence, multiphase flows and environmental flows for nearly a decade. Dr. Salinas, a postdoctoral research associate working with Dr. Balachandar, concentrates on high-fidelity simulations of sediment-laden flows and particle dispersion using a variety of numerical methodologies. 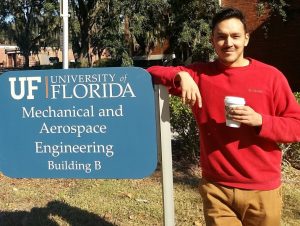 Mathematical simulations give the answer

Using computations developed by Dr. Salinas, they have provided a mathematical tool that shows how an intermediate layer between the current’s smooth and relatively turbidity-free top layer that interfaces with the ocean water and the heavily sediment-laden layer next to the ocean floor is the driver behind the self-containment of subcritical turbidity currents. The results of their research, which were recently published in Nature Communications under the title “Anatomy of subcritical submarine flows with a lutocline and an intermediate destruction layer”, explains the mechanism by which the intermediate layer prevents the near-bed turbulent structures from penetrating into the layer interfacing with the ocean waters by transferring energy back from turbulence to the mean flow.

In order for underwater rivers to keep moving under the ocean, the turbulent current carrying the sediment has to be “capped” so that it does not mix with the waters above. Dr. Salinas explained, “In turbulent waters, large eddies form naturally, composed of water and sediment circling counter to the main current. Larger eddies spawn smaller eddies, which spawn even smaller eddies. This activity keeps the sediment suspended in the current. It is necessary to destroy or cap the turbulence in order to keep it from mixing with the ocean water. Destruction of turbulence is very counterintuitive and usually occurs for a very brief time, but this process happens sustainably in the intermediate layer. In this stratum of the current, the small eddies become larger eddies; and that caps the current and stops it from mixing with the ocean.”

Importance of underwater rivers to infrastructure and the environment

With a greater understanding of how subcritical turbidity currents work and where they deposit their organic sediment, energy companies and telecommunications companies can use Dr. Salinas’ mathematical computations to predict potential disruptions of undersea pipelines and communications cables to minimize interruption of products and services to their customers.

Dr. Balachandar commented, “As others become aware of the sediment content in turbidity currents and its role in local/regional/global deposits of geochemical elements, they can use our tool to begin to understand how elements travel on a geological basis and perhaps even use the tool for studying environmental issues such as carbon sequestration.”

Dr. Salinas and Dr. Balachandar see many future paths for their research work: “There is always more to do. We are now working on much longer simulations, trying to study what happens and how the flow interacts with the ocean bottom to form dunes. We are trying to understand elemental behavior at this point, just scratching the surface of the rivers running under our oceans.”