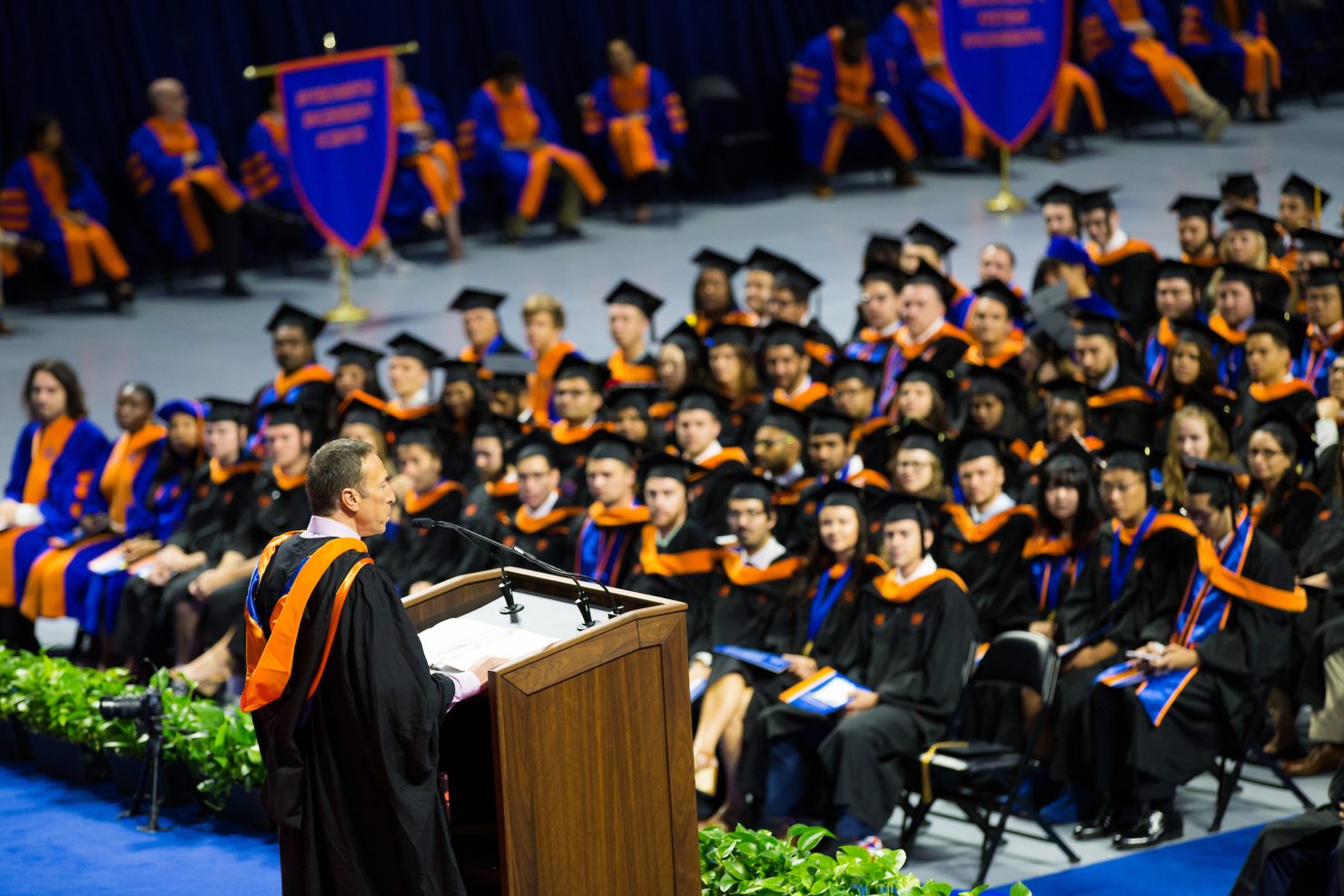 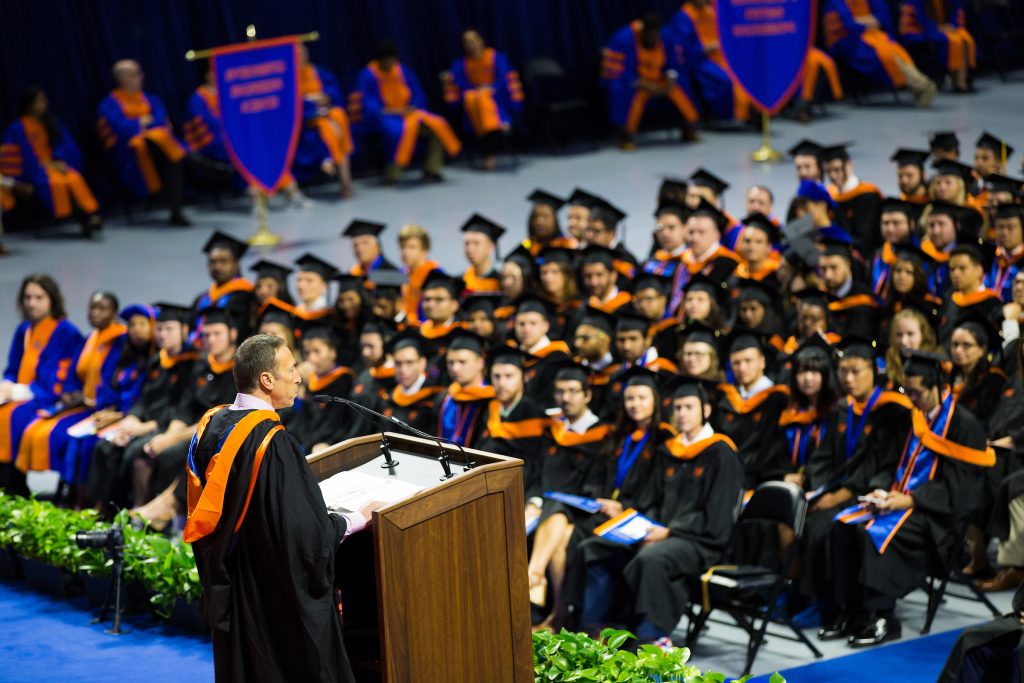 Khalid Mentak, Ph.D., speaks to graduates about the value of kindness

The recognition ceremony for Master’s, Specialist’s, and Doctoral degrees for the Herbert Wertheim College of Engineering took place Monday, May 6, at 9 a.m. in the Stephen C. O'Connell Center.

Mentak spoke about how kindness changed his career and became the basis of his success.  He came to UF as a young man straight from the small country of Morocco.

“Imagine . . . arriving at a place filled with flying tacos, Mr. Two-Bits, real live alligators and a picturesque campus,” he said. Originally, Mentak planned to adapt seamlessly into his new surroundings; but, because of his lack of fluency with English and the many cultural differences between Morocco and the U.S., he experienced great difficulties and faced numerous rejections.

Mentak arrived, nervous and dejected, at his last interview for entrance into the doctoral program. Then, Eugene Goldberg, Ph.D., a professor in the Department of Materials Science & Engineering, changed his college career and his life forever. “His first goal was to put me at ease so I could be the best version of myself rather than the shy, nauseous, nervous young man from a foreign country.” On that day, Mentak found that kindness and building others up was the key to being a great engineer and a great man.

Mentak has dedicated his professional career to helping prevent and cure blindness, and he holds 27 patents in the healthcare field. He is the inventor of the most advanced polymer for intraocular lenses currently sold by Bausch & Lomb and Santen. Mentak has also provided grants to support academic scientific research, and he is actively involved in humanitarian efforts in Morocco and other African countries. He received UF’s Department of Materials Science and Engineering Distinguished Alumnus Award in 2007.

After speaking about the many wonderful things the students would go on to build during their careers, Mentak closed his speech by asking students to always take time to build up people. “Graduates of the class of 2019, build others first, not because you have to, but because you can. Because, you are not simply engineers. You are Gator engineers, and this special brand of greatness, of building others first, is what we do,” he said. 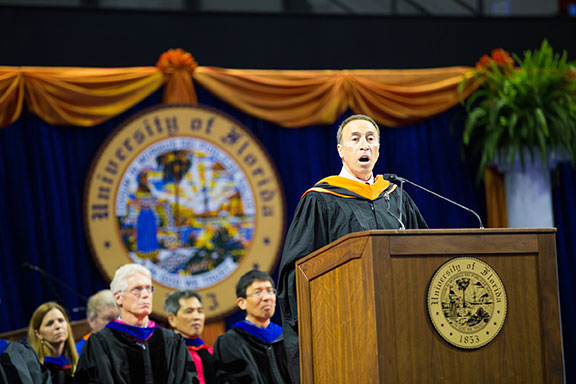 Great accomplishments born from a single gesture of kindness

Since those early days of working with the late Goldberg, Mentak has founded and led several successful medical device companies, including Advanced Vision Science, where the first glistening-free foldable acrylic intraocular lens was designed (acquired by Santen, Ltd.). He started KMTech in 2003 to develop and market novel technologies for ophthalmic applications. He is also the cofounder of Ziemer CD AG, a Swiss company specializing in manufacturing single crystal diamonds for medical, industrial, and consumer applications, as well as Provision, Ltd., a medical device company.

In 2007, Mentak initiated a collaboration with the Zühlke Group in Zürich, Switzerland, where he was introduced to the high level of micro-technology and medical device expertise available in Switzerland. He founded Adoptics AG to develop the first shape changing accommodating intraocular lens based on proprietary technology he invented.