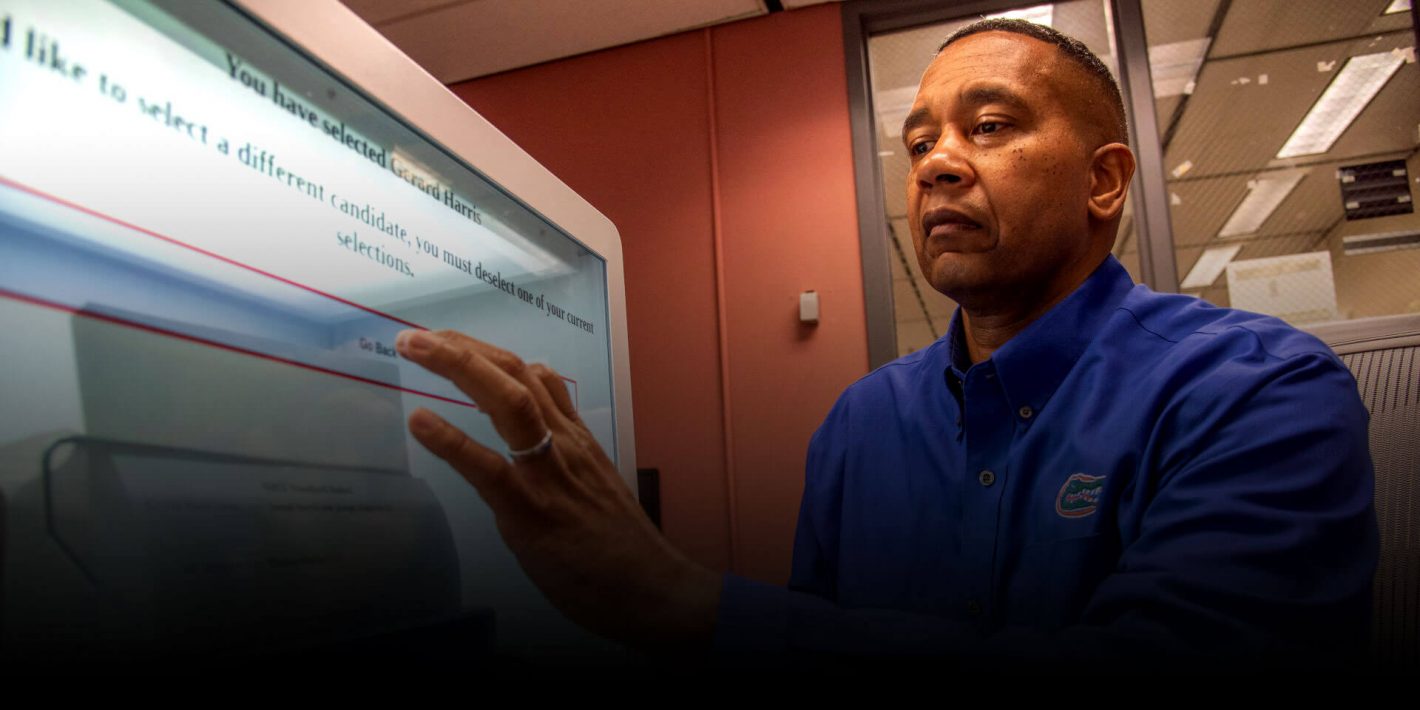 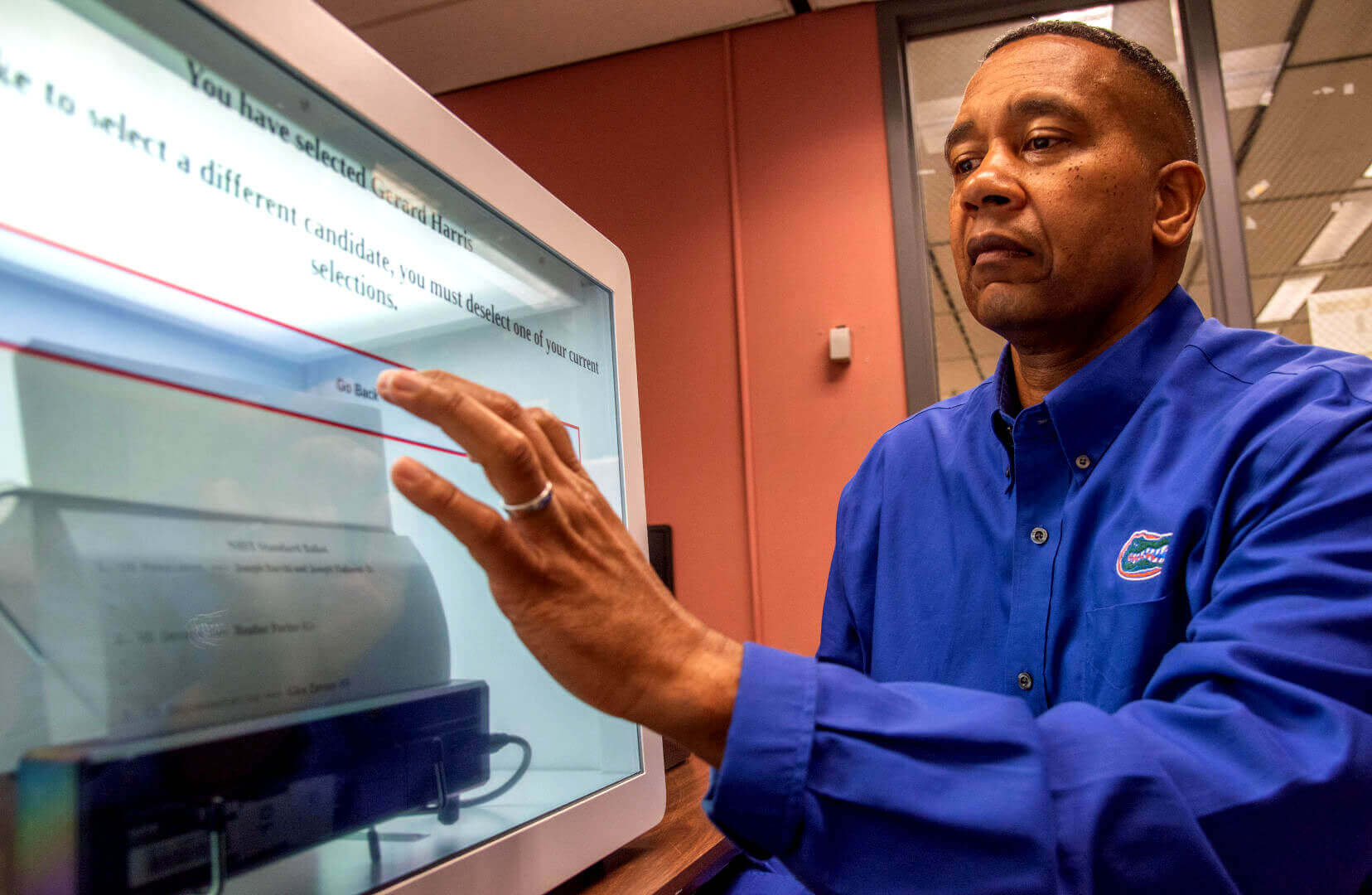 Juan Gilbert demonstrates his transparent voting machine, which he says is a breakthrough in election security. Visual: Lawren Simmons for Undark

In late 2020, a large box arrived at Juan Gilbert’s office at the University of Florida. The computer science professor had been looking for this kind of product for months. Previous orders had yielded poor results. This time, though, he was optimistic.

Gilbert drove the package home. Inside was a transparent box, built by a French company and equipped with a 27-inch touchscreen. Almost immediately, Gilbert began modifying it. He put a printer inside and connected the device to Prime III, the voting system he has been building since the first term of the George W. Bush administration.

After 19 years of building, tinkering, and testing, he told Undark this spring, he had finally invented “the most secure voting technology ever created.”

Gilbert didn’t just want to publish a paper outlining his findings. He wanted the election security community to recognize what he’d accomplished — to acknowledge that this was, in fact, a breakthrough. In the spring of 2022, he emailed several of the most respected and vocal critics of voting technology, including Andrew Appel, a computer scientist at Princeton University. He issued a simple challenge: Hack my machine.

Their access would be unfettered — no tamper-evident seals to avoid, chain of custody procedures to subvert, or mock poll workers to dupe — and they’d have to agree to only one condition: Flip every vote to the same candidate.

By this point, Gilbert had published a video of his ballot-marking device, or BMD, in action, but he was unsure how the hacking community would respond. “There’s a part of that community that’s very confident in what they do,” he said. “And if they hear how it works, they may run away from it.”

After nearly two decades in the election space, Gilbert knew he was jumping feet-first into perhaps the most contentious debate over election administration in the United States — what role, if any, touchscreen ballot-marking devices should play in the voting process. Federal law requires polling sites to have at least one voting machine on-site that can serve voters with disabilities, and at least 30 percent of votes were cast on some kind of machine in the 2020 general election, as opposed a hand-marked ballot.

Advocates say the electronic voting systems can be relatively secure, improve accessibility, and simplify voting and vote tallying. Meanwhile, academic critics like Appel have argued that they are insecure and should be used as infrequently as possible. Those arguments have at times been bolstered by a rich, informal community of hackers who spend their time proving that they can hack the devices.

Read the full story on Undark.com