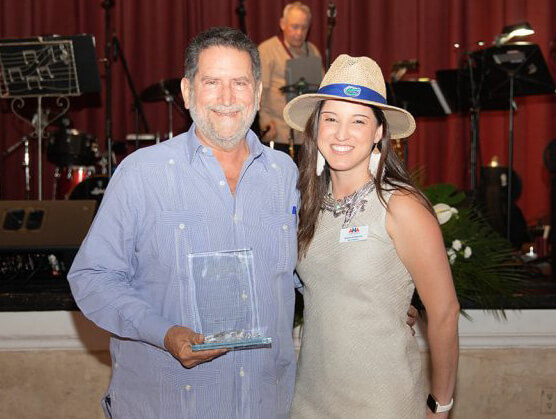 The University of Florida’s Association of Hispanic Alumni (AHA) recently selected Carlos A. Penin, PE (BSCE ‘77) to receive the 2022 Gran Caimán of the Year award for his passion, commitment and leadership beyond engineering.

“I am humbled beyond words in receiving this honor. First, it recognizes my Cuban American heritage, and second, I join many great Hispanic Gator Alumni that have preceded me in receiving such an honor,” Penin said. “Finally, I can leave a legacy to my three daughters, Monica, Teresa and Isabel and my future grandchildren that the UF-AHA found me worthy of such an award.”

Born in Holguin, Cuba, Penin, his three sisters and mom, sought refuge in Miami early in his childhood. Since then, Penin has considered South Florida his home. His passion for engineering sparked in high school and early college when he saw that engineers can improve people’s lives across the world and in everything that they do.

“I took in all of college life. I stayed active in a couple of engineering societies, joined a fraternity, and still found time to study very long hours,” Penin said. “I think that the friendships that began during these years can continue for a lifetime. I remember attending a homecoming game where an engineering colleague offered me a job that I eventually accepted. This resulted in a major milestone in my future engineering career.” 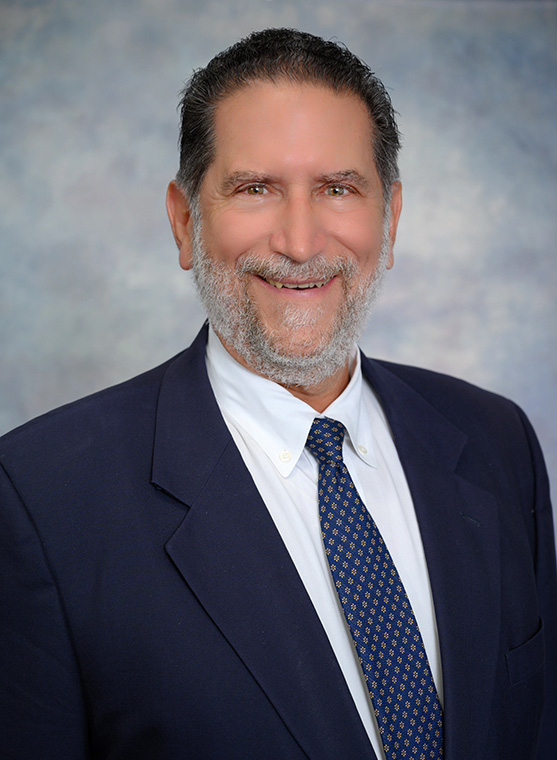 Carlos A. Penin, PE, received his bachelor’s degree in Civil Engineering and Construction Management from the University of Florida in 1977.

Penin received his bachelor’s degree in Civil Engineering and Construction Management from UF in 1977 and earned his master’s degree in Environmental and Urban Systems from Florida International University in 1982.

Penin’s early career focused on civil engineering and site design for various South Florida developers. He was later involved with larger projects that included building the Joe Robbie Stadium (now known as the Hard Rock Stadium), widening the Julia Tuttle Causeway, and reconstructing Southwest 8th Street, known as Calle Ocho in Little Havana. At one point, Penin was managing multiple projects and clients for an engineering firm, while also being active in his community.

A poor evaluation from a superior suggesting he was doing too much ended up being a significant motivation. This became his motivation for starting his company.

“Eight years after I started my company and after receiving a national award from the Inc. 500, I thanked him for the evaluation,” Penin said.

In 1989, he formed C.A.P. Engineering Consultants Inc., now known as CAP Government Inc., which has been widely recognized as a top firm for building department services exclusively for the government by Inc. 500, Gator100, Zweig Group and other organizations. Throughout his engineering firm’s tenure, Penin learned that through his faith and hard work, success will follow. “As a company owner, my most difficult times were finding the appropriate management and staffing to meet the client’s needs,” Penin said. “Owning your own company requires hard work, savvy, street smarts, relationships and leadership. Early on, you must be a good engineer, but later you have to hire good engineers. My challenge was having the patience and maturity to accept failures but to continue to work hard knowing that you will eventually persevere.”

Along with running his company, Penin has been able to be active in the community. He serves as a board member and mentor at the Belen Jesuit Preparatory School in Miami and donates his company’s services to the school’s development projects. Last year, his company hired over a dozen UF engineering students to help build their resumes and obtain experience in efficiency and management. Penin also serves as a member of the Engineering School of Sustainable Infrastructure & Environment’s (ESSIE) Advisory Board, which allows him to bring an industry perspective to academia and keeps him involved in the future of engineering.

“I would like to be remembered for being an engineer that cared for my profession, and pursued the American Dream by establishing my own engineering company in the greatest country in the world,” Penin said. “I would like to think that over the last 33 years that I have owned my company, we have provided our employees professional and challenging jobs, we have served our clients accurately and responsively, and we have given back to our community unselfishly.”