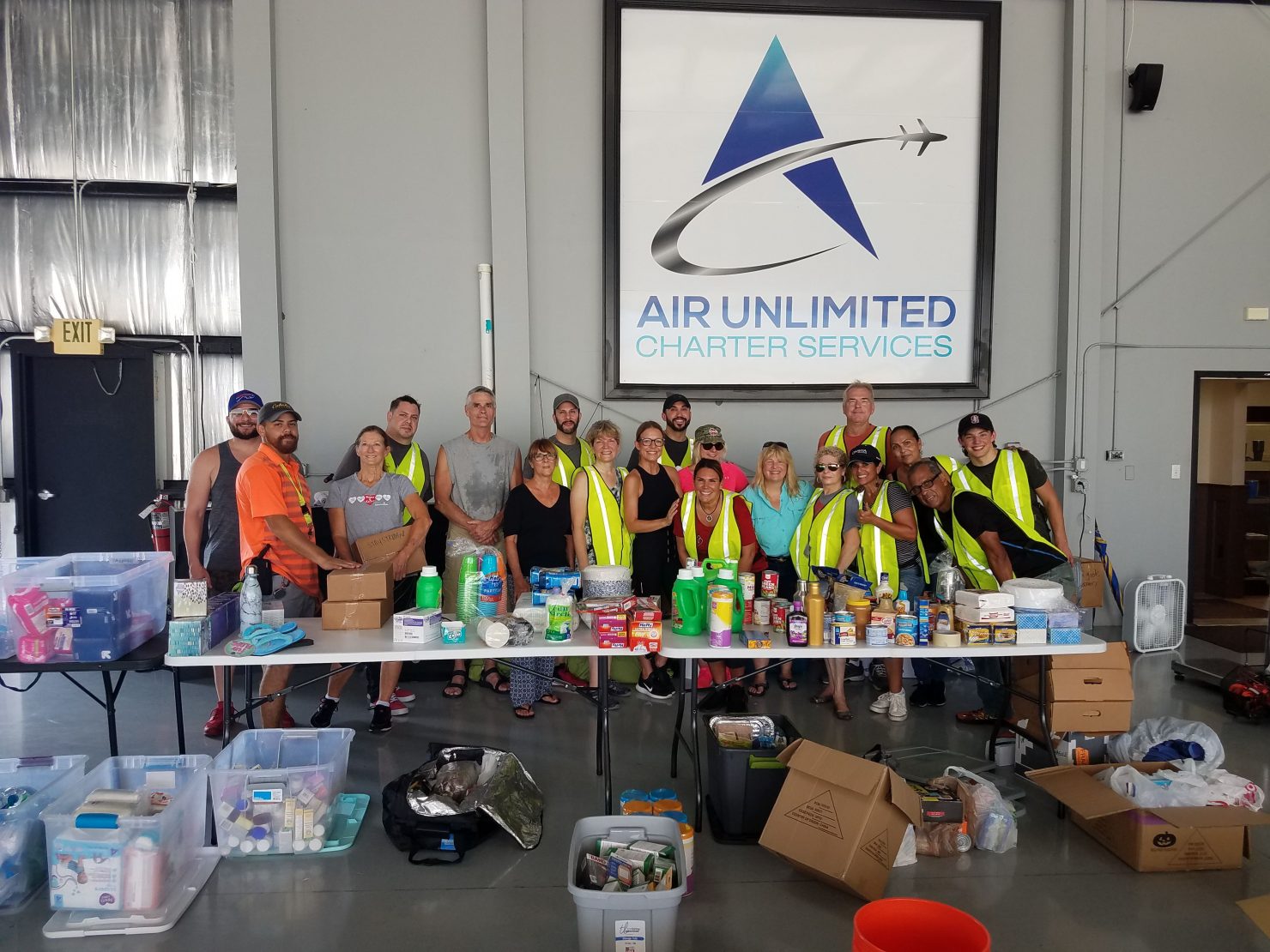 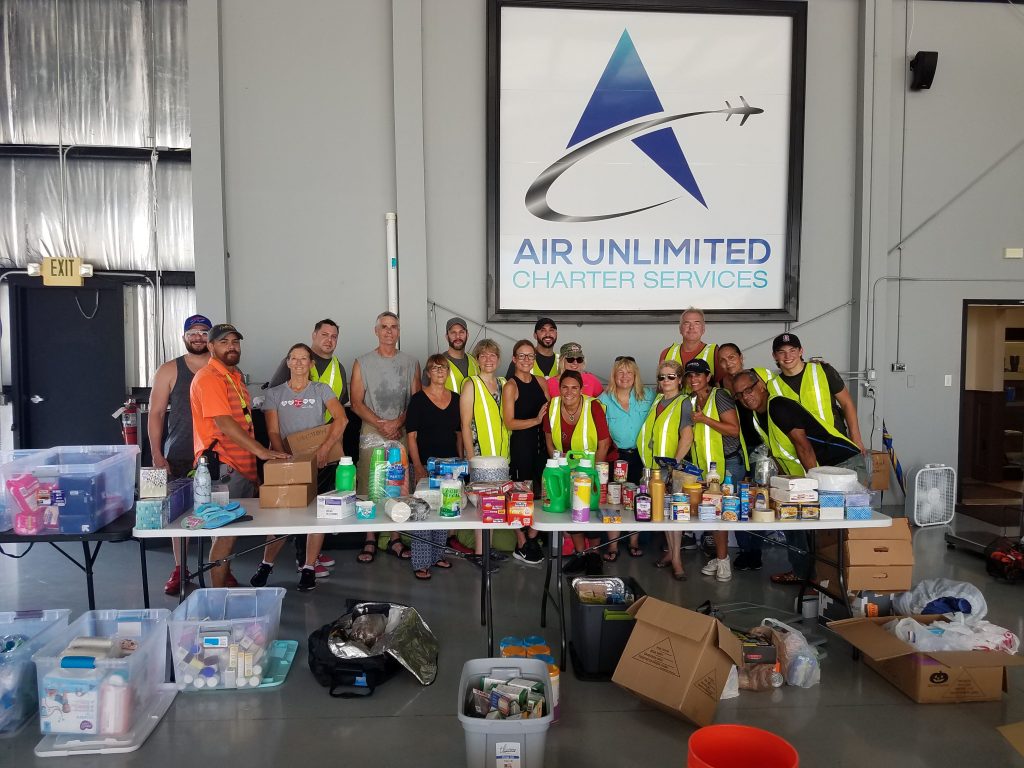 Volunteers sort and prepare items to be shipped to the Abacos

Charles “Chick” (BSCE ’72) and Lisa Gregg, UF Alumni Association life members, were vacationing in Colorado with their friend and partner, Mark Neubauer, when news of Hurricane Dorian’s imminent landfall reached them. Very quickly, their carefree vacation turned into a tense long weekend glued to the Weather Channel, waiting to learn the fate of the Abaco Islands and their inhabitants. The catastrophe affected Chick, Lisa and Mark directly, as they are the owners of Air Unlimited, a luxury airline service in Sanford, Florida, that offers scheduled flights to Marsh Harbor and Treasure Cay on Great Abaco as well as charter flights throughout the Bahamas and the southeastern United States. Chick and Mark started the airline after both had retired, turning their love of flying into a thriving regional business.

When Category 5 Hurricane Dorian arrived at the islands on September 1 and remained almost stationary over the area until September 3, the 185-mph winds, torrential rain, and storm surges devastated the Abacos and other areas of the Bahamas, leaving nearly 70,000 people homeless, most without food, water or shelter. As the dreaded news of a major impact caused by Dorian started pouring in, the Greggs and Neubauer began making plans on how to help the devastated island, a skill for which engineers are well trained. Using WhatsApp, they began contacting friends and members of their business community. Overnight, their luxury planes turned into cargo carriers. Their airport hangar and warehouse filled with donations from local people. Within a day and a half of the storm’s passing, Neubauer traveled to the Abacos via helicopter to assess the situation. The partners quickly realized that, while relief efforts were critical, rescue operations would also play an important role in their efforts.

The first Air Unlimited planes ferried relief supplies to those staying in the islands but also evacuated people who needed medical attention from the islands to Florida. Florida House Representative Scott Plakon set up an office at the Sanford, FL, hangar, teaming up with Air Unlimited and other members of the Abaco Flight Support group to help organize relief services, supply drops, and to help with the logistics of getting stranded Floridians back home.

After initial flights into Nassau on Grand Bahama, Air Unlimited and other volunteer pilots switched their delivery site to Sandy Point the moment it was cleared, as it was the only functioning airstrip on Abaco after the storm. From there, they used boats to get supplies to the smaller surrounding islands, where inhabitants had beencut off from all outside assistance for almost a week. 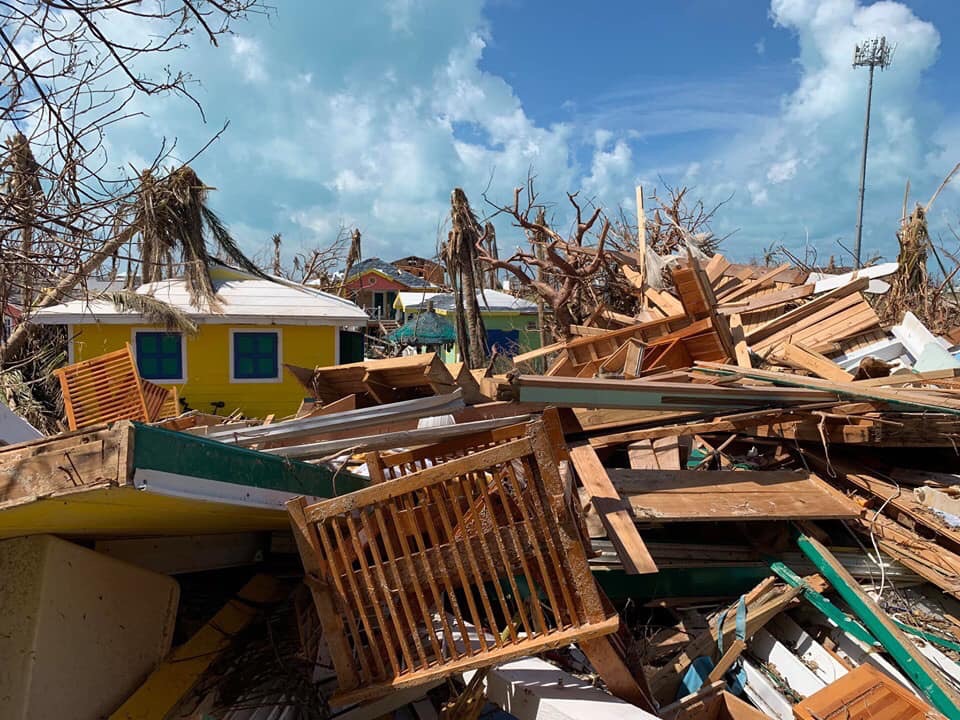 On September 6, the Greggs and Neubauer, along with Abaco Flight Support, set up another distribution center at Spanish Wells on the nearby island of Eleuthera, where many more boats were available. When Hurricane Andrew hit Eleuthera in 1992, the Abaconians were of great help to the people of Spanish Wells, and they were happy to return the favor now. The fishermen from Spanish Wells helped distribute supplies and opened their homes to Abaconian refugees to assist them in recovering from the storm. Some of the refugees are already able to sustain themselves and return to their islands. As of November 1, there are 60 Abaconian children enrolled in Spanish Wells schools.

“Dorian struck the Abacos from September 1 – September 3, and we flew our first planeload of supplies to an airstrip in Nassau on September 5. Within five days, our supply chain had become so efficient that by September 10, when we sent two A320 Airbuses to North Eleuthera loaded with 30,000 pounds of supplies, everything was distributed via the boats by the next day,” Chick said. “When the boats were going to the out islands, it was very challenging to offload the supplies because all docks and piers were gone,” added Lisa.

As time went on, the Air Unlimited team began to receive specific requests from people in the Abacos, which they sent out to their community via social media. “We would receive the needed items by the end of the day,” said Melissa Manchester, the office manager at Air Unlimited. “Everyone was extremely responsive.” Air Unlimited also set up a GoFundMe® page, where they accepted donations to purchase fuel for their relief planes and for those of other pilots who donated their planes and their time to help in the relief efforts.

“We will continue to collect requests and provide needed supplies to the people of the Abaco Islands,” Mark said. “One of our biggest challenges in the beginning was finding people and finding out what they needed to survive. Since we had been flying to the Abacos on a regular basis, we were well situated to understand the challenges survivors faced and be successful in helping out. Today we have a sound system set up that will sustain our efforts.” 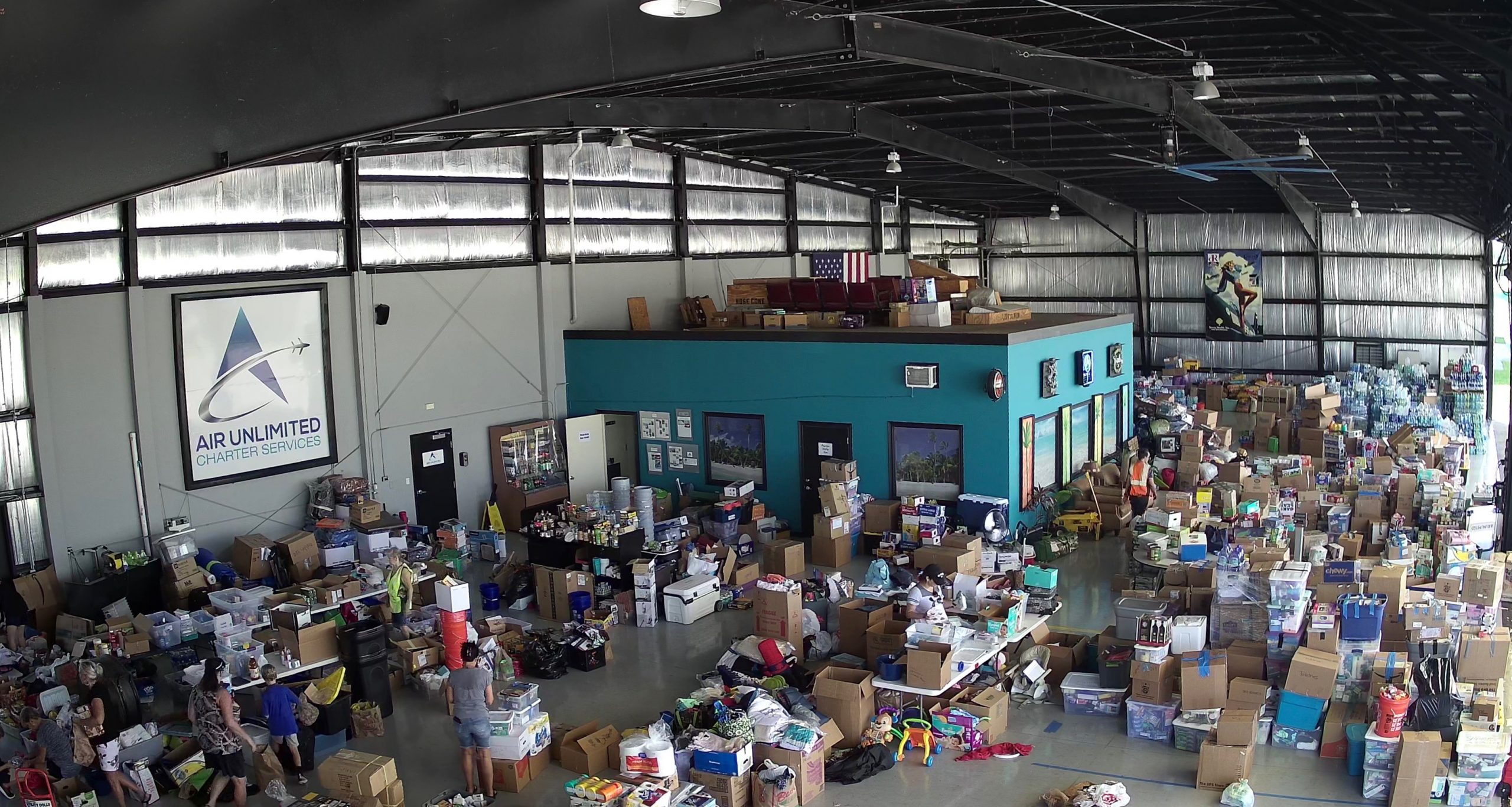 Within five days of the hurricane's landfall, 30,000 pounds of supplies were flown to the Abacos for distribution

In addition to transporting supplies, Air Unlimited flights are now offered to homeowners hoping to rebuild, as well as numerous volunteers doing everything from helping with the cleanup initiative to rescuing homeless pets.

Sustaining tourism in the remainder of the Bahamas will ultimately be vital to aid in the rebuilding of devastated areas. Air Unlimited has recently established scheduled flights to North Eleuthera to provide a continued destination point for visitors to the Caribbean.

As the Abacos begin to heal from Hurricane Dorian, Chick, Lisa and Mark are re-establishing their business in the Bahamas, serving people traveling there and continuing to give support to the citizens of the islands. “When giving of yourself or your treasure, you usually get more in return than you put in,” Chick noted.

For these UF alumni and friends, an important part of living is indeed giving.