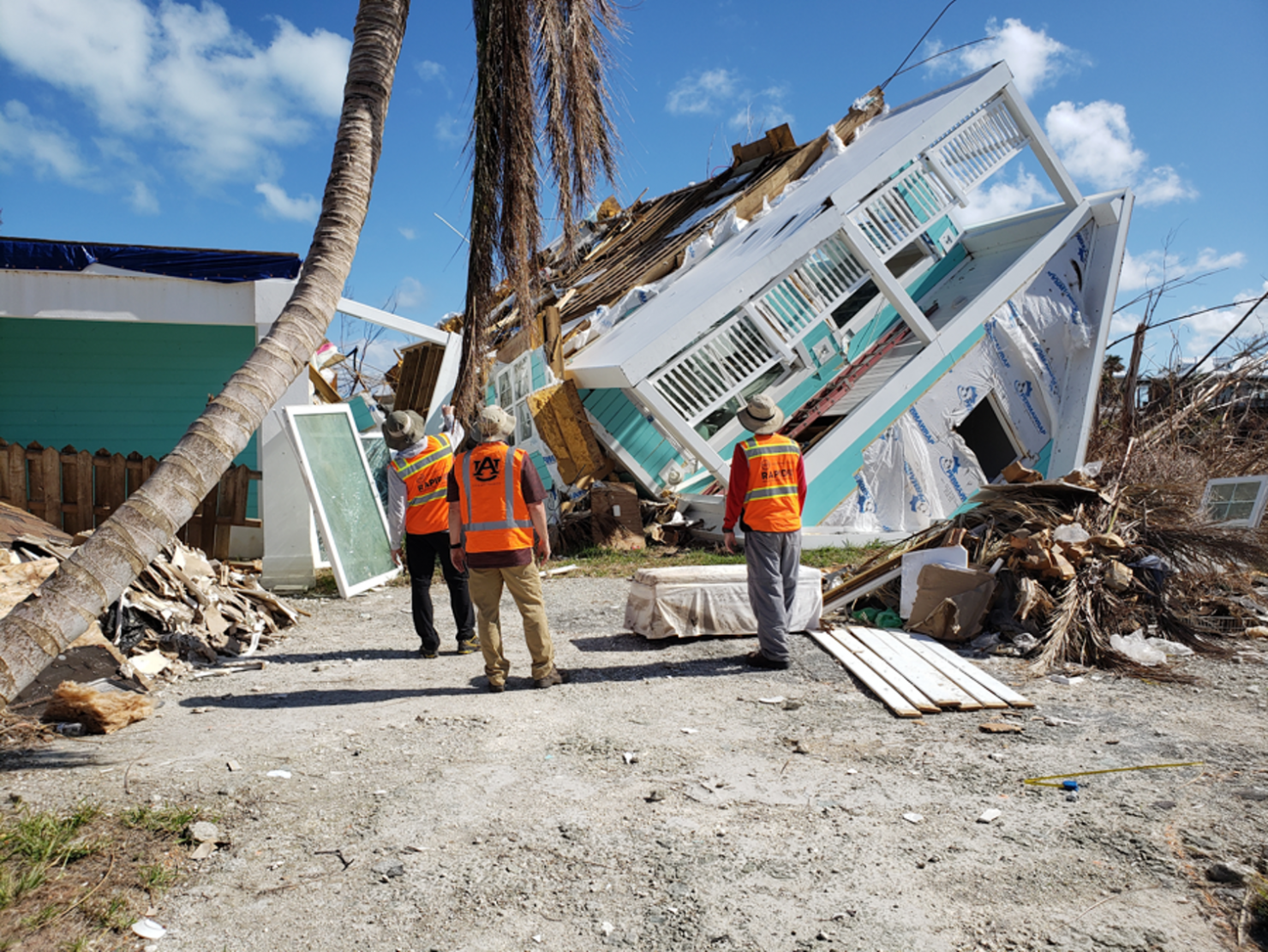 RETHINKING HOW TO REBUILD AFTER HURRICANES

This article is written by David O. Prevatt, Jason von Meding and Ksenia Chmutina and was originally published in The Conversation.

The neighborhood known as The Mudd suffered disproportionate damage, a reflection of the Bahamas’ history. AP Photo/Fernando Llano

When Hurricane Dorian made landfall on Great Abaco Island in the Bahamas on Sept. 1, 2019, it packed winds of up to 185 miles per hour and a 20-foot storm surge. A day later, it ravaged Grand Bahama for 24 hours.

Across both islands, the storm brought “generational devastation.” Thousands of houses were leveled, telecommunications towers were torn down, and roads and wells were badly damaged. The cost to the Bahamas has been estimated to be up to US$7 billion – more than half of the country’s annual economic output.

But not all structures and communities in Dorian’s path were equally affected. The Structural Extreme Events Reconnaissance Network, or StEER – a research group we participate in – found that while structural failure was widespread, houses intentionally built to resist high wind and storm surge fared much better.

The problem is that not everyone has access to a house that can weather a storm like Dorian. The different ways in which Abaco and Grand Bahama – and their residents – were affected by the same event is yet another example of how disaster impacts are rooted in the historical development of society.

This happens around the world time and again. To really understand what happened in the Bahamas – and determine how it should rebuild – one needs to look back at how society has developed there.

Certain narratives tend to dominate the media in the aftermath of disasters: death and destruction, heroes that come to the rescue and “villains” that allegedly capitalize on misery or are to blame for the calamity. In recent years, what could be called a climate breakdown narrative that links disasters to climate change has also become prominent.

But we can sometimes learn even more by examining the narratives that are not present.

The historical context of injustice, discrimination and inequality – experienced through social structures that cause harm to certain people – is often missing. This context informs today’s risk.

In the Bahamas, we see this kind of accumulated risk most clearly among the Haitian diaspora and Haitian Bahamians, who are stigmatized and face many barriers to full participation in society. 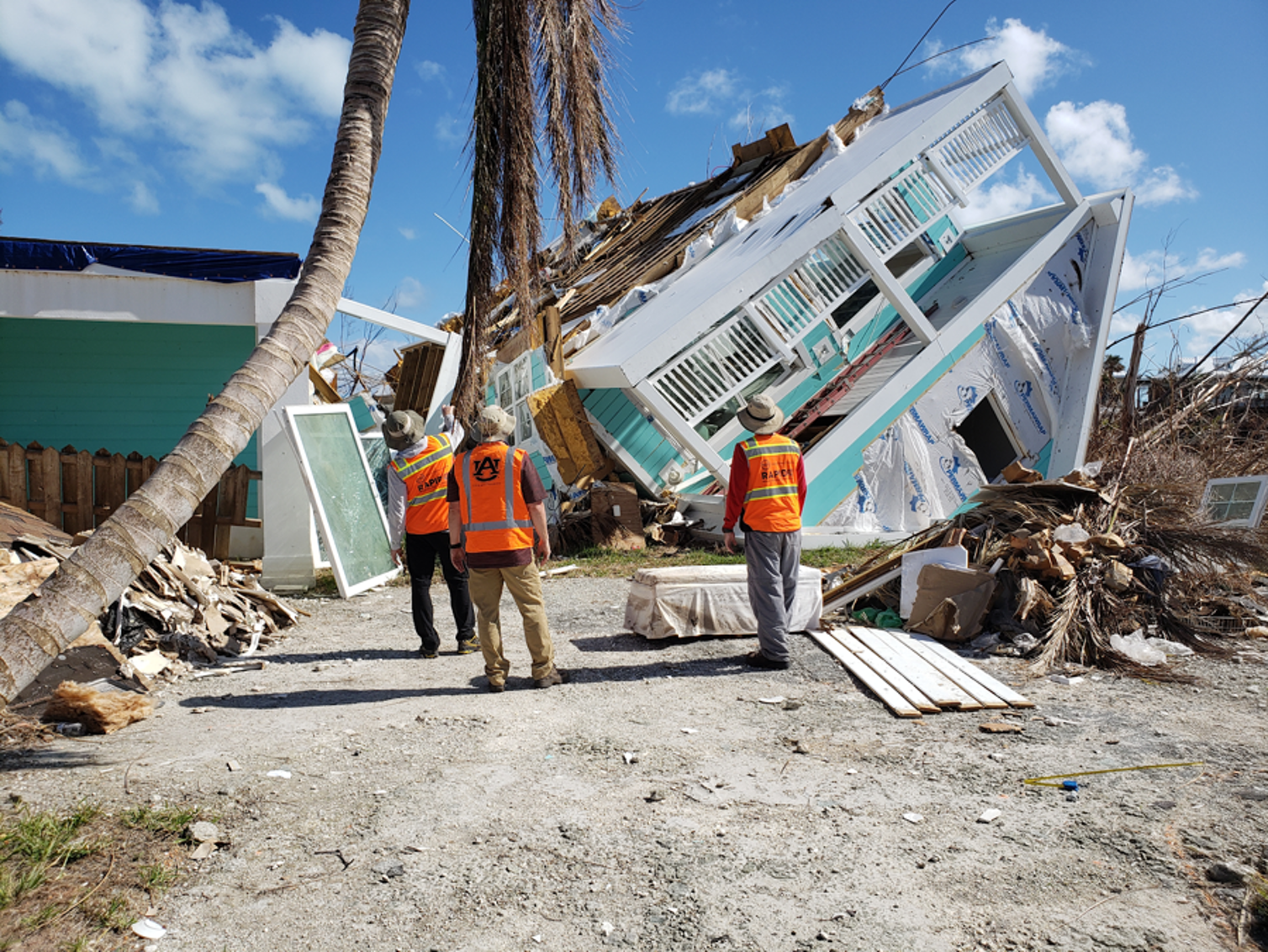 Engineers from the Structural Extreme Events through Reconnaissance research group inspected buildings damaged after the hurricane to capture how failures happened. Justin Marshall

The most catastrophic damage from Dorian occurred in communities like “The Mudd” – a shantytown housing the nation’s largest Haitian immigrant community – where land is not owned by residents, and daily survival is paramount. People there trade the risk presented by massive hurricanes for the necessity of a place to live.

This trade-off can only be understood as part of the story of risk creation.

Natural hazards are not disasters

Disasters are not “natural events”; they are long-term processes of accumulated risk and impact.

Yes, nature shows its unyielding force through earthquakes and tsunamis. But in their differential impacts, disasters can actually be seen as social and political manifestations of injustice. In the Bahamas, inequality, poverty, political ideology, class and power relations lead to the buildup of unequal risks that make some people considerably more vulnerable than others.

For every inadequate building, there is a social context.

The same phenomenon plays out across the Caribbean – in Puerto Rico, Haiti, Dominica – and around the world as a protracted class divide.

Of course, people know that Caribbean housing is often ill-prepared for hurricanes. This is linked to inappropriate long-standing structural design choices and the limited enforcement of building codes. Both of these problems have supposedly been solved on paper, but the best technical solutions very often fail to grapple with social and political realities – and the root causes of disasters.

Two houses side by side - only one survived the storm surge. Daniel Smith, Structural extreme Events Reconnaissance Network, Author provided

What turned Hurricane Dorian into an epic disaster, particularly in places like The Mudd, was the lack of access to the resources necessary to achieve wellness everyday and safety during the storm.

Accumulated risk in the Bahamas

When Europeans arrived in 1492, they committed atrocities against the indigenous peoples that lived there. The Caribbean was rapidly turned into a site to sustain and protect colonial circulations of goods, money and slaves. Between the 16th and 19th centuries, an estimated 5 million Africans were enslaved and transported to the Caribbean. Half ended up in British territorial possessions, such as the Bahamas.

Colonization created the conditions for the chronic levels of risk that we see today among the descendants of enslaved people.

While slavery was abolished in these territories in the 1830s, most descendants of slaves remained indebted and were forced to undertake low-wage agricultural labor for mostly white absentee landowners. Inequalities, injustices and discrimination were thus institutionalized in the colonies, and remain largely in place within now-independent societies.

Alongside invasion, conquest and colonization, contemporary vulnerabilities in the Bahamas reflect laissez-faire historical attitudes toward addressing long-term risk. This is the foundation of contemporary structures of governance, society and the economy – and a big part of why today poor Bahamians, Haitians and Haitian Bahamians struggle for survival. 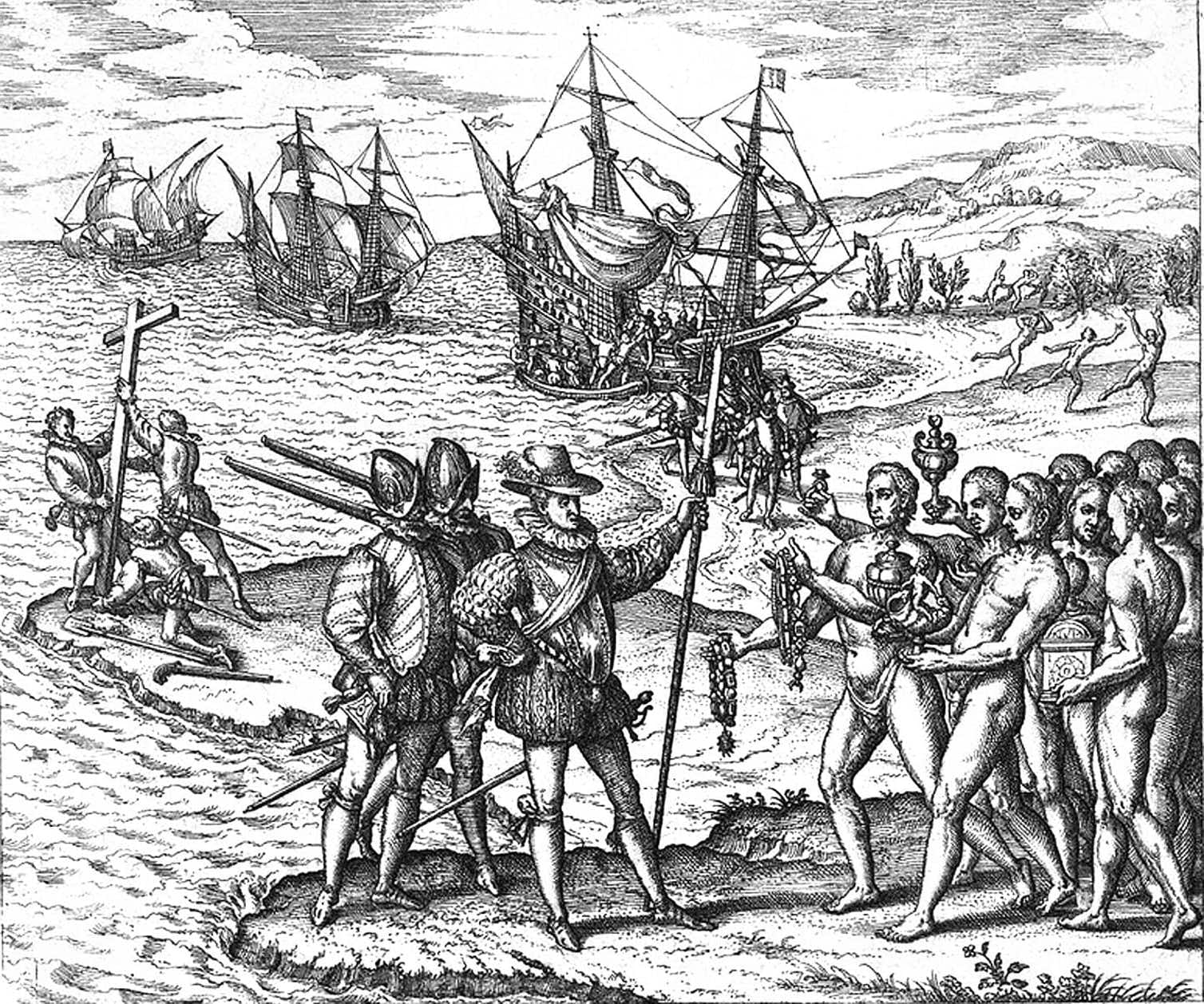 Engraving depicting Christopher Columbus landing on Hispaniola. His expedition originally landed in the Bahamas and was met by the Lucayans, who were wiped out along with an estimated 12-15 million indigenous people across the Caribbean. Theodor de Bry/Library of Congress

How can we do better?

Moving into the recovery phase of Dorian is daunting. Affected communities need support to not just return to “normal” but address structural injustice. The probability of stronger storms under climate change – and impacts distributed primarily onto the most marginalized – continues to increase.

A historically and socially conscious approach to recovery and reconstruction could address not only shelter and infrastructure needs, but broader issues of equity and justice.

Understanding the origins of risk can inform better decisions about building back (or not). Ironically, the most vulnerable often continue to be left with no choice but to live in the most exposed areas.

But without a plan for achieving equity and establishing basic rights and access for all, solutions will serve mostly the privileged. Colonial patterns of displacement, dependency and disadvantage are likely to be reinforced.

Dorian, like so many others recently, was a monster storm. But blaming disasters on nature – or human-induced climate change – allows those with power to maintain the status quo and to avoid their responsibility for the failures of development.