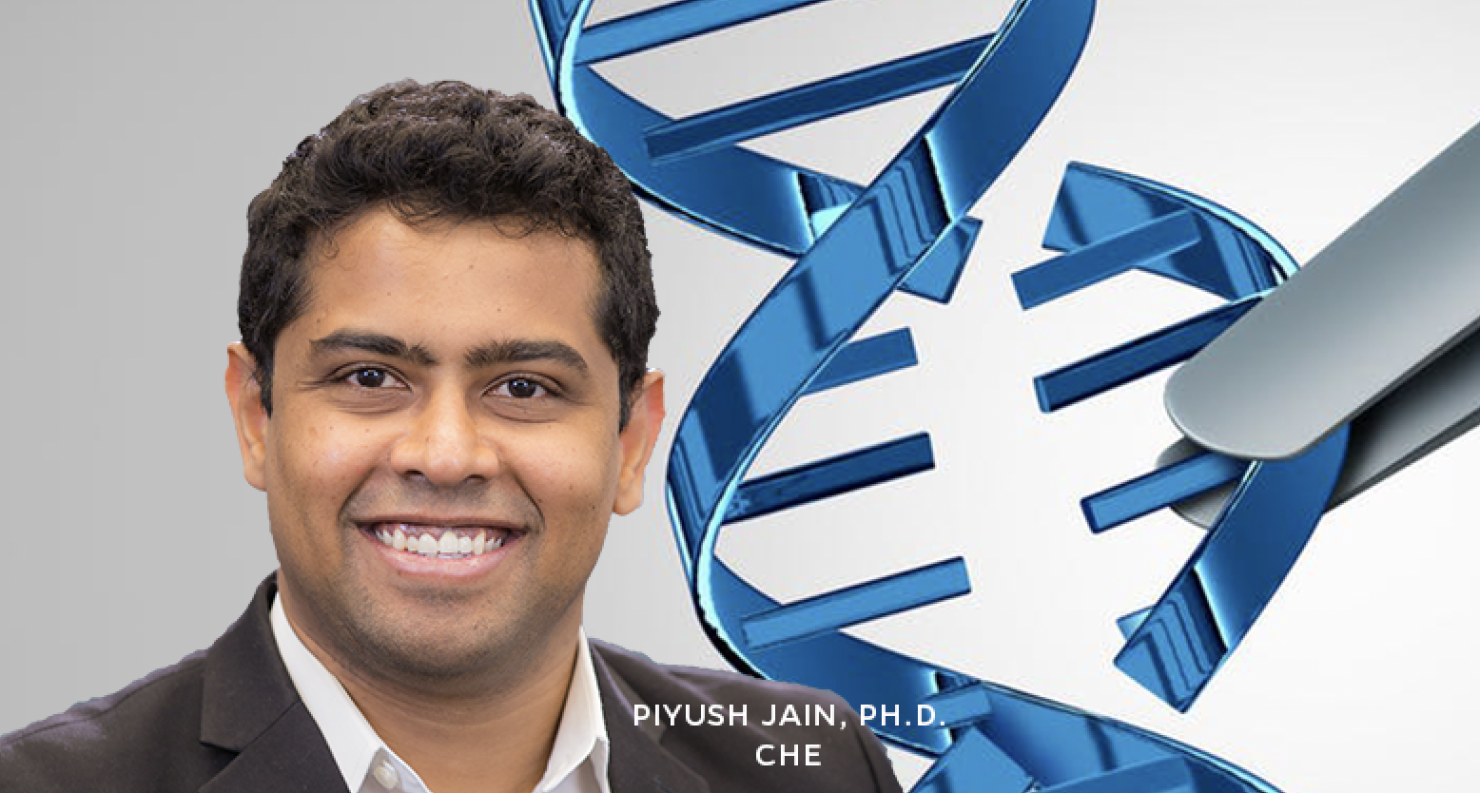 This article was originally published in The Conversation.

For the first time in the United States, a gene editing tool has been used to treat advanced cancer in three patients and showed promising early results in a pilot phase 1 clinical trial. So far the treatment appears safe, and more results are expected soon.

To develop a safer and more effective treatment for cancer patients, scientists from the University of Pennsylvania, the Parker Institute for Cancer Immunotherapy in San Francisco and Tmunity Therapeutics, a biotech company in Philadelphia, developed an advanced version of immunotherapy. In this treatment, a patient’s own immune cells are removed from the body, trained to recognize specific cancer cells and then finally injected back into the patient where they multiply and destroy them.

Unlike chemotherapy or radiation therapy, which directly kills cancer cells, immunotherapy activates the body’s own immune system to do the work. This team used a gene editing tool called CRISPR to alter immune cells, turning them into trained soldiers to locate and kill cancer cells. By using this technique, the team hoped to develop a more effective form of immunotherapy with minimal side effects.

I am trained as a pharmaceutical scientist and a biomolecular engineer, and I was particularly interested to learn about this new therapy because my lab focuses on editing the gene editors. In particular, I am trying to develop even better CRISPR-based gene editors for the diagnosis and treatment of cancer and other disorders. We combine chemistry, biology and nanotechnology to engineer, control and deliver gene editing tools more efficiently and precisely. 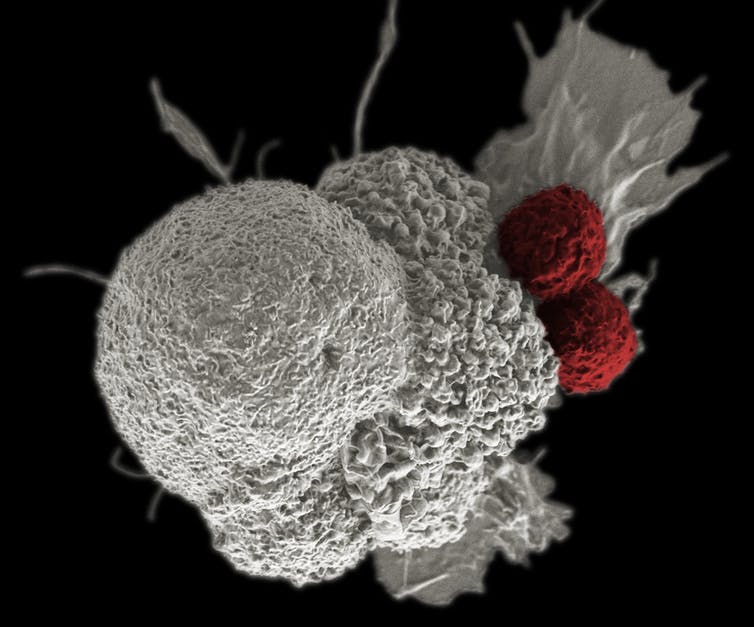 Training the immune cells to find and kill cancer

The first step in making these tumor-killing cells used in the cancer drug trial was to isolate the T-cells – a type of white blood cells that fights pathogens and cancer cells – from the blood of the cancer patients. Two patients with advanced multiple myeloma and one patient with myxoid/round cell liposarcoma were enrolled for this study.

To arm the T-cells and bolster their tumor-fighting skills without harming normal cells, scientists genetically engineered the T-cells – disabling three genes and adding one gene – before returning them to the patients.

The first two of these deleted genes encode T-cell receptors, which are proteins found on the surface of the T-cells that can recognize and bind specific molecules, known as antigens, on cancer cells. When these engineered T-cells bind to these antigens, it allows them to attack and directly kill the cancer cells. But the problem is that a single T-cell can recognize multiple different antigens in the body, making them less focused on finding the cancer cells. By eliminating these two genes, the T-cells are less likely to attack the wrong target or the host, a phenomenon called autoimmunity,

The final step in the transformation of these cells was adding a gene which produces a new T-cell receptor that recognizes and grabs onto a specific marker on the cancer cells called NY-ESO-1. With three genes deleted and one added, the T-cells are now ready to fight cancer.

Where is CRISPR in this clinical trial?

So how exactly did this team edit a T-cell? They utilized CRISPR/Cas9 gene editing technology that uses two components: a guide CRISPR molecule that finds and binds the target gene site; and a molecular scissor, Cas9, that snips the DNA, ultimately disabling the gene.

The team used electroporation, a technology that creates temporary holes in the cell membrane, to deliver the Cas9 protein along with the guide molecules that targeted the three genes of interest in millions of T-cells.

After disrupting the three genes with CRISPR, the team used a safe, deactivated virus to deliver a gene to the T-cell that would enable it to recognize the cancer-specific marker – NY-ESO-1. Removing these genes from millions of cells and then allowing the T-cells to multiply into billions of cells outside the body in petri dishes can take several days to weeks.

Four days before injecting the CRISPR-modified T-cells, the team gave each of the three patients several doses of chemotherapy drugs to deplete the existing white blood cells in their bodies.

Finally, approximately 100 million modified T-cells per kilogram of body weight were injected into the patients as a single infusion. 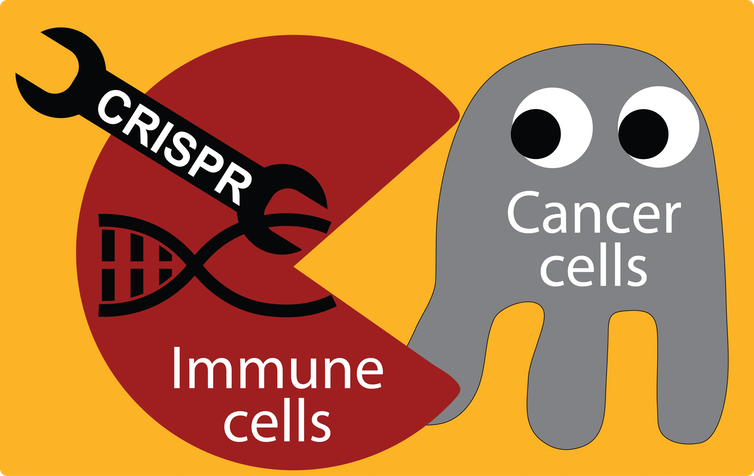 After modifying the T-cells by clipping out three genes with CRISPR and adding a new one, the immune cell becomes better at locating and killing cancer cells. Piyush Jain, CC BY-SA

The team monitored the patients continuously for the first 28 days after injecting the T-cells. Then they followed up monthly for six months; after that every three months by monitoring any adverse events such as immune reaction. The T-cell therapy is frequently associated with various side effects such as fever, muscle pain, headaches, confusion, seizures, low blood pressure, bleeding disorders and multiple organ dysfunction. The team noted no signs of toxicity in any patient, which is exciting.

But the first patient with advanced multiple myeloma had continued growth of a tumor after 60 days. While the treatment seemed not so successful for the first patient, the phase 1 clinical trial is mainly designed to test the safety, and the team reported no toxicity to any patient.

The second patient with advanced myxoid/round cell liposarcoma was monitored using serial CT scans and seemed stable after 90 days. The third patient with multiple myeloma started the trial recently and is too early for any results. The fact that there were no serious toxicity issues with this new therapy involving the CRISPR-based gene editing technology in cancer patients is a remarkable step toward the broad use in the clinic.