University of Florida Engineering undergraduates Marion Hagstrom and Parker Kotlarz (BSBME ’22) were selected to present their research on AI in early diagnosis of Alzheimer’s disease at the Annual “Posters on the Hill” competition, hosted by the Council on Undergraduate Research (CUR). CUR is a worldwide organization that shares and promotes high-quality and collaborative undergraduate research, scholarly and creative activity opportunities for faculty and students. The two-day Posters on the Hill event is an advocacy outreach to promote federal legislative support of groundbreaking undergraduate research.

Hagstrom and Kotlarz, both biomedical engineering majors, were two of only 60 selected nationwide — representing each state in the U.S —to present at the virtual event, which is traditionally held in Washington, D.C., but has been conducted remotely for the past two years due to the pandemic. The two biomedical engineering majors further distinguished themselves in the event, being awarded the IEEE-USA prize for “Excellence in Engineering,” which recognizes two CUR posters that involve engineering or technology.

Working under the mentorship of Juan Claudio Nino, Ph.D., professor in the Department of Materials Science and Engineering, Hagstrom and Kotlarz crafted a poster to highlight their progress in the ongoing research collaboration on Alzheimer’s Disease between Dr. Nino and Marcelo Febo, Ph.D., an assistant professor in the Department of Psychiatry and Neuroscience, and prepared for a day of interactive breakout Zoom presentations for their project “Early Diagnosis of Alzheimer’s Disease Using Artificial Intelligence.”

“CUR is looking for novel, diverse research areas with a state-specific focus that has broad political applications,” Dr. Nino said. “The impact of early Alzheimer’s diagnosis in the State of Florida is obviously immense, and its intersection with AI is significant. The Council also wanted talented presenters with a strong research background who were able to communicate complex research in easily understandable terms.”

Florida is projected to have a 25 to 27 percent increase in Alzheimer’s cases by 2025. 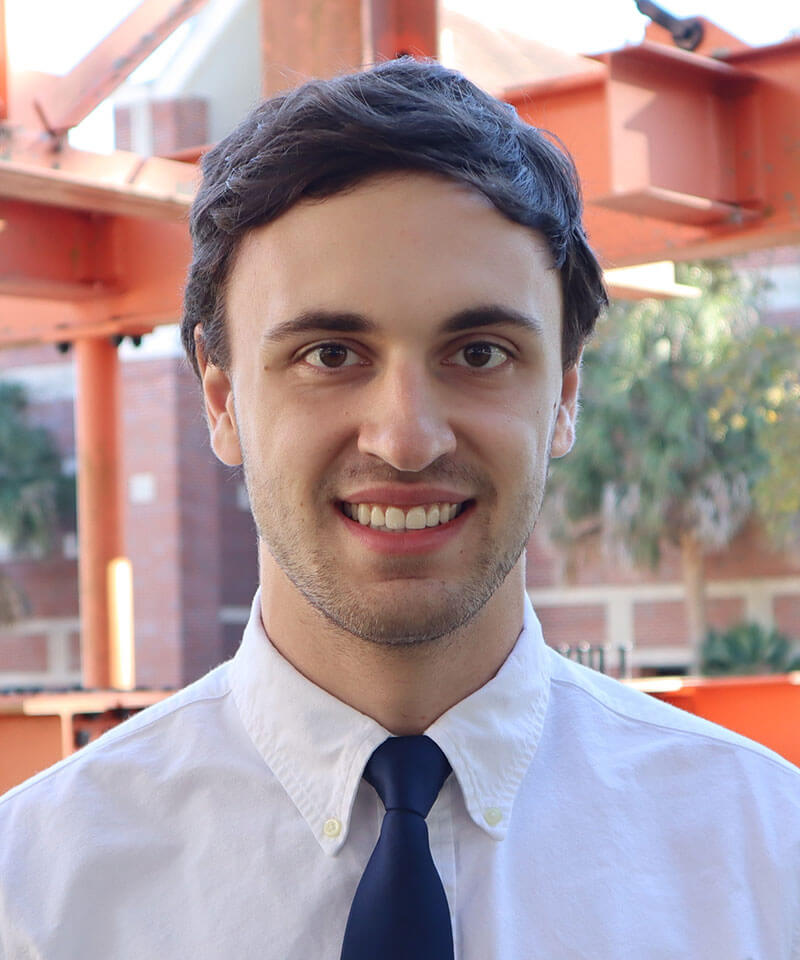 “Our goal is to identify Alzheimer’s in the preclinical stage — before symptoms are present — to guide early intervention and treatment, which is crucial to managing the disease,” said Kotlarz, who is also the 2021-22 Outstanding Gator Engineer Four-Year Scholar. “We obtain a functional MRI to map a ‘brain network,’ a virtual representation of brain activity. Using AI, we model targeted attacks by removing particular nodes of the brain to show how Alzheimer’s breaks it down in its earliest stages. By identifying activity in those most important brain nodes that indicate the earliest types of attacks on the brain, we can determine the likelihood of developing the disease.”

Kotlarz was one of the first in Dr. Nino’s lab to build the framework of this research from the ground up in early 2020. Hagstrom joined in March 2021, leading the transition from mice to human brain data, and she is also taking on a subproject that looks at aging in the brain. 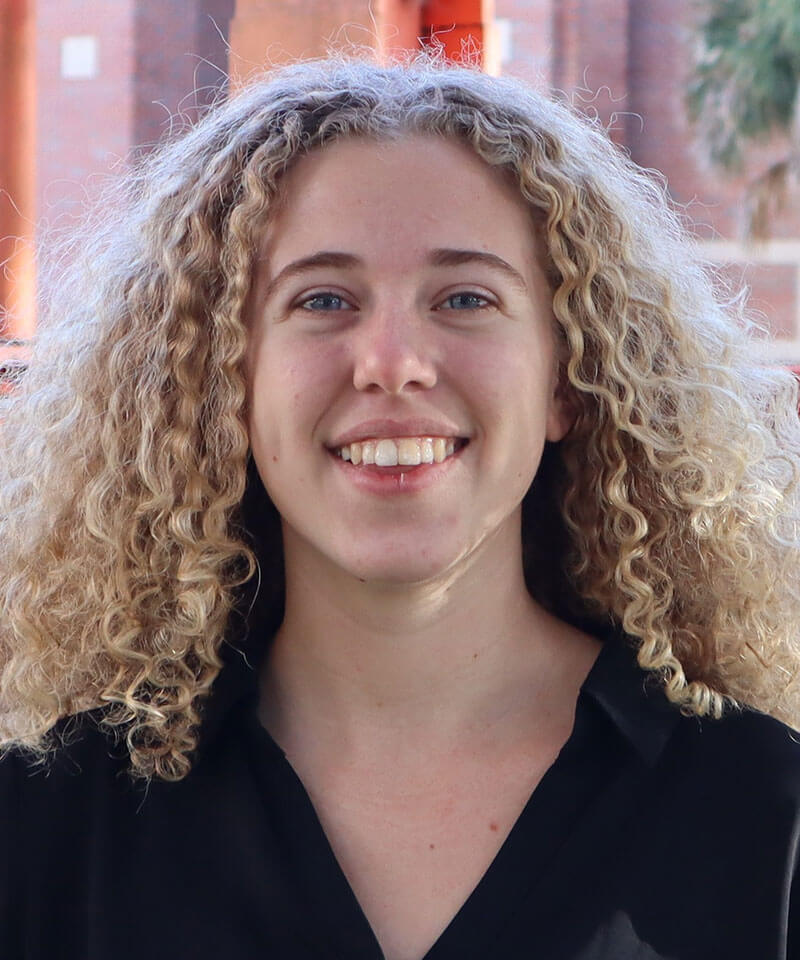 “Our experiential collaboration under Dr. Nino has been instrumental to my growth in the lab, and I believe it gave us an advantage among our competitors,” said Hagstrom, president of Generational Relief in Prosthetics (GRiP), a UF student organization that provides custom 3D printed adaptive devices to recipients around the world.

She said they hope their participation in Posters on the Hill would bring urgency to the threat of Alzheimer’s disease for Florida and nationally.

“We received a lot of positive feedback and congratulations on our work,” Hagstrom said. “We got to speak with Paul Bonicelli, the senior policy advisor for Senator Rick Scott (FL-R) about supporting biomedical research for undergraduates and, specifically, research for Alzheimer’s disease. Being able to showcase UF research to state representatives was a huge accomplishment for us.”