Story and photos by Rick Hurtado

Excitement and curiosity grew among students outside the Reitz Union as AeroGators, an airplane-building student organization at the University of Florida, showcased the first aircraft built by its members — the Excalibur.

Although the plane is not yet completed, AeroGators displayed the aircraft to raise awareness of the organization and to invite students to join the club that focuses on building kit planes.

“Most people haven’t even heard of this club, especially if they are not engineering students,” said Tyler Tucker, a junior at UF studying electrical engineering and vice president of the club. “Because our home base is at the airport in a hanger, there is no way anyone would ever see what we are doing, so this is a chance for us to show it off a little bit.” 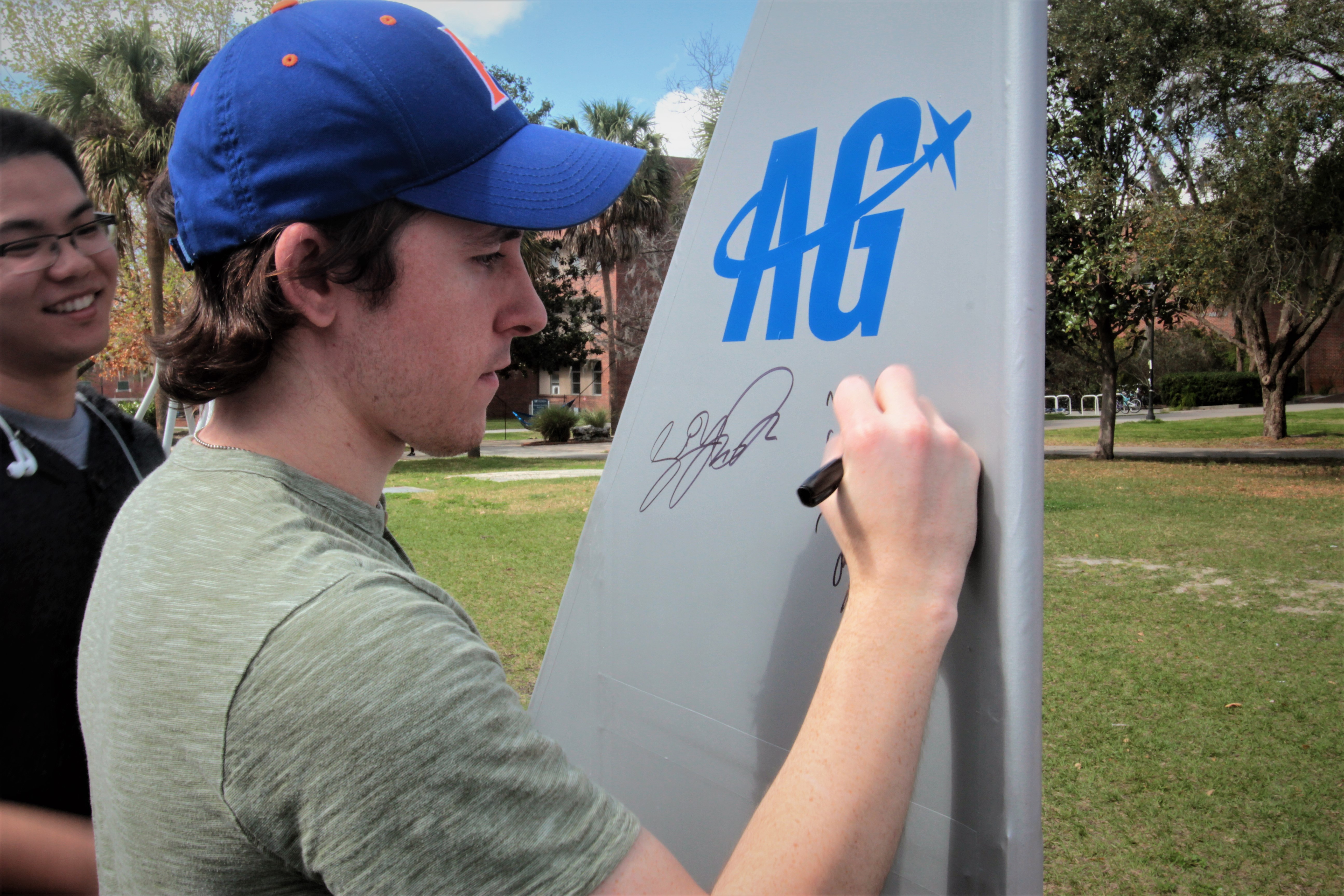 The Excalibur is an ultralight experimental kit aircraft for two people. The plane is currently undergoing painting and electrical work, and it will run on a Rotax aircraft engine.

“The engine is specifically built for this kind of airplane: experimental, ultralight,” said Tyler Noel, a junior at UF studying aerospace engineering and president of AeroGators.

Once the aircraft is painted, the wings will be mounted and the engine installed. Then, the plane will need to get certified by the Federal Aviation Administration before it can be flown. AeroGators expect to fly the Excalibur by the end of this year, Tucker said.

The club was founded about four years ago, and it welcomes UF students of all majors, Tucker said.

“The purpose of the club itself is to get people interested in the aviation field,” Tucker said. “The nice thing about the club is that you don’t have to be an engineer to be part of it. There are no big scary math or science gaps that you have to fill at all because with a kit plane you just have to follow the directions to put it together and learn how airplanes work. It is a fun learning experience.”

Students stopped by to admire the Excalibur and learn more about the club and how to join. 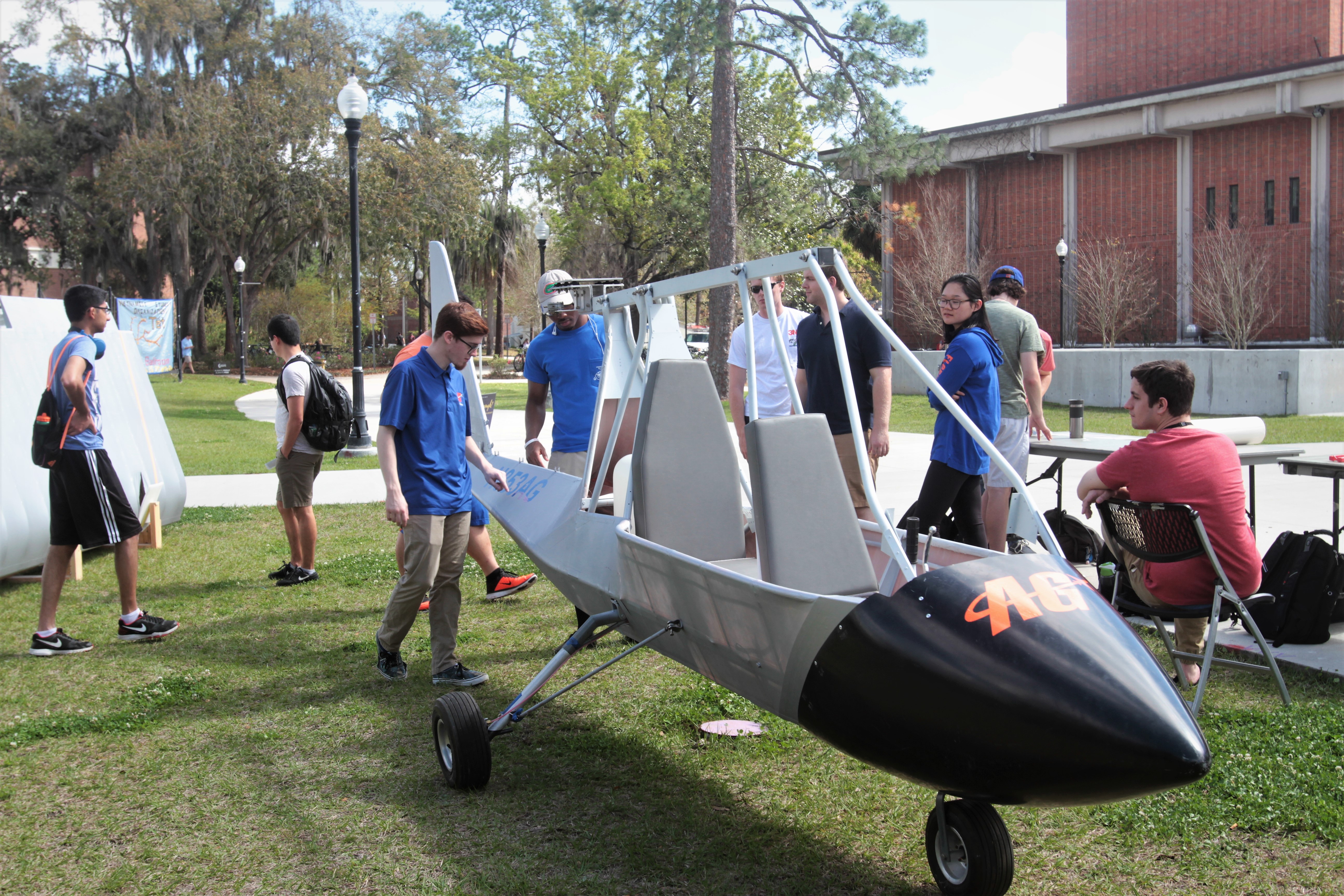 “I have always been interested how airplanes work,” said Elezar Tonev, a freshman at UF studying mechanical engineering. “I had never heard of AeroGators before, but I am definitely going to look into it. I think it would be a cool club to be part of.”

Although many club members have come and gone, the Excalibur represents the hard work put in by those students over the past two years, Noel said.

The Excalibur will not only be the first aircraft built by AeroGators; once it takes off, it will give wings to the goals set by members like Noel.

“This is the accumulation of everything I have done in college so far — as my spare time.” Noel said “It’s nice to know that in a couple more weeks it’ll be painted completely. And to think that a full-scale aircraft was built by a bunch of college students — a plane ­that people are going to fly in — and I’ll fly in — that is incredible.”