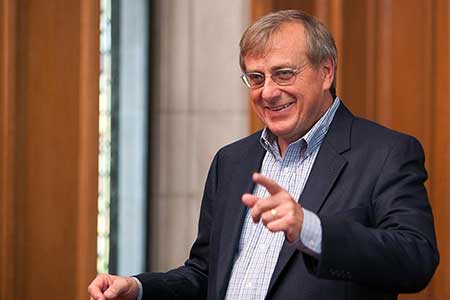 Gator Engineering, together with the rest of the University of Florida, is very proud to announce the appointment of Dr. W. Kent Fuchs as president-elect of the university.

Cornell President Dr. David Skorton paid Dr. Fuchs high tribute for his role in executing the strategic plan, “Reimagining Cornell,” in which a leaner and stronger Cornell emerged, and the Cornell Tech campus on Roosevelt Island was established. Both as dean and as provost, Dr. Fuchs also led efforts to increase faculty and student diversity.

More details on Dr. Fuchs’ contributions at Cornell can be found in the Cornell Chronicle article. Learn more about his UF appointment at president.ufl.edu, and view our Facebook post welcoming Dr. Fuchs.

We’re proud to have an engineer as the new leader of UF!