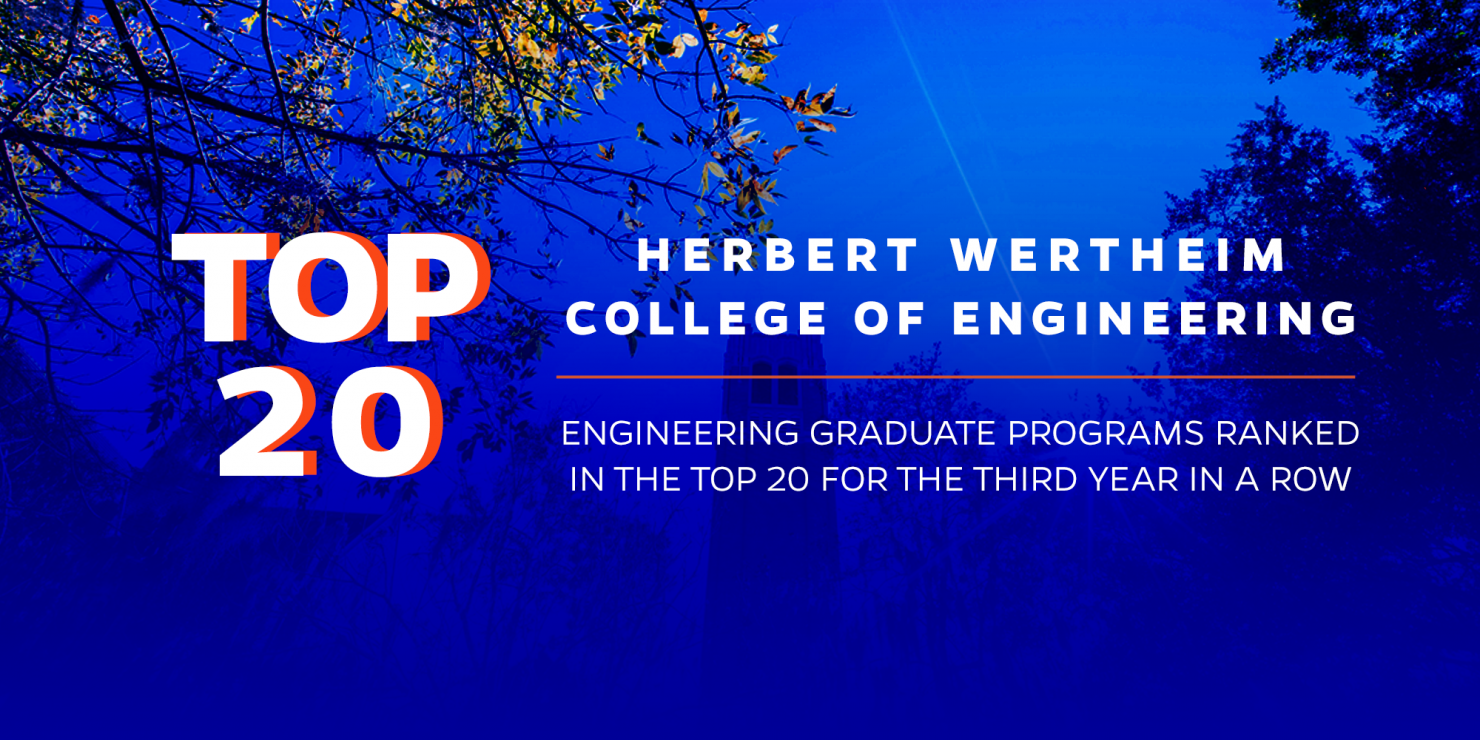 The Herbert Wertheim College of Engineering is ranked among the Top 25 public graduate engineering schools in the U.S. and the No. 1 engineering school in the State of Florida, according to the 2022 U.S. News & World Report Best Graduate Schools ranking.

“Our continued momentum across the college is fueled by our faculty and their commitment to ground-breaking research, even during the most challenging times,” said Cammy R. Abernathy, Ph.D., dean of the Herbert Wertheim College of Engineering.

Despite a challenging year due to the global pandemic, the Herbert Wertheim College of Engineering continues to innovate, reaching $113 million in research awards, 148 invention disclosures and 241 patent applications in 2020.

Among the rankings, 12 engineering programs in the College were ranked in the Top 20 among public universities for the third year in a row.

The Herbert Wertheim of College of Engineering continues to play a critical role in positioning UF and the State of Florida as a leader in preparing society for equitable AI and digital literacy. The College is increasingly making AI the centerpiece of its research and education efforts, including collecting and monitoring massive quantities of multi-modal data, processing and converting that data to actionable information, and physically acting on that information to impact our quality of life.

For more information on the University of Florida rankings, visit news.ufl.edu.