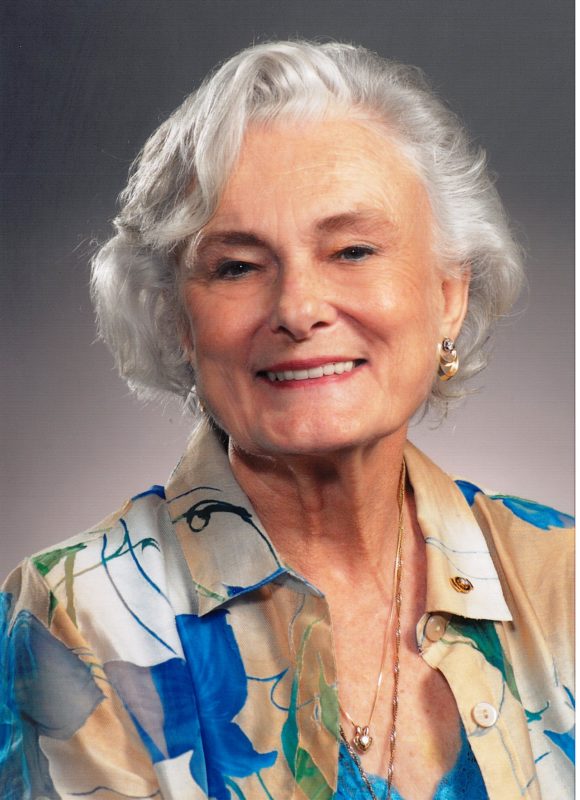 Maryly VanLeer Peck, a University of Florida Distinguished Alumna, was a woman of many “firsts” throughout her academic and professional career.

She was also the first woman to lead a Florida community college (Polk Community College) as president, and was heavily involved in the student chapters of Society of Women Engineers (SWE) around the state.

Maryly VanLeer Peck passed away in 2011.

“It was an interesting time because many of the students were older and interested only in getting their education. I think I had more acceptance. UF prepared me very well. I was not spoon fed and the faculty always encouraged the students to reach beyond where we could touch easily.” – Maryly VanLeer Peck

The following content was originally posted by the Florida’s Women’s Hall of Fame:

Maryly VanLeer Peck of Winter Haven and Palm Beach Gardens has influenced many lives as an educator, administrator and pioneer for women in science.

With more than 45 years of experience in chemical engineering, government research and university administration, Dr. Peck exemplifies the concept of servant leadership. As a pioneer in the field of engineering, she has been a lifelong advocate for women in science.

Dr. Peck serve[d] on the boards of various schools and other organizations that assist young people and provide scholarships for worthy students. She was awarded the 1995 “She knows Where She’s Going” award by Girl’s Inc., and the 2002 Community Service Award by the Junior League of Winter Haven. In 2005, Dr. Peck was honored as Lake Region Citizen of the Year by the Gulf Ridge District of the Boy Scouts and awarded the National Community Service Award by the National Society of the Daughters of the American Revolution.

She has been honored as a Distinguished Alumnus of the University of Florida.

Dr. Peck organized most of the student chapters of the Society of Women Engineers (SWE).  She has received numerous civic awards, local honors and appointments for her selfless efforts and involvement in youth activities and helping those in need.