Pioneer of the modern semiconductor routinely breaks into song

If Mark Law’s daughter hadn’t decided to pick up the violin, he might never have become the “mediocre” guitar player he claims to be today. He wanted to teach her the value of trying new things – regardless of the outcome (and take his mind off the screeching that accompanies novice violinists). His constant pursuit of new creative endeavors and experiences has earned him accolades in the kitchen, gained him exposure to hundreds of musical performances (on and off Broadway), and prepared him well for his new job: director of the UF Honors Program.

His love of creativity also factored into the fresh thinking that powered his role in pioneering the modern semiconductor. He’s been a long-time, award-winning professor of electrical engineering at UF and is the former associate dean of academic affairs for the college, but you shouldn’t let Mark Law’s curriculum vitae intimidate you. Deep down, he’s just a guy who wants to sing you a big warm “Hello!”

Having diverse interests is always a strength. You never know how things are going to intersect. 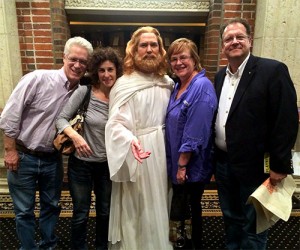