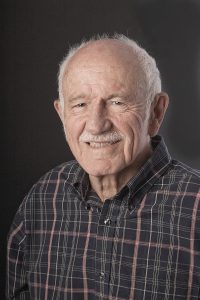 Professor Emeritus Robert George Dean passed away last weekend, surrounded by his family. He was 84. Dr. Dean was known around the world for his coastal engineering research and beach nourishment techniques. After teaching at several universities, including MIT, he made his home at UF in 1966. He became a graduate research professor in 1982 and then chair of the UF Department of Coastal & Oceanographic Engineering in 1992. He retired in 2003, but maintained his research, coming in to the college often, even on weekends, as is fondly recalled by many, including Dr. Kirk Hatfield, director of UF’s Engineering School of Sustainable Infrastructure & Environment (ESSIE) which now houses the Department of Civil and Coastal Engineering.

“Bob was an exceptional mentor and role model to many of us at UF and really around the world,” recalls Hatfield. “As a member of the National Academy of Engineering, he was always smart, clever, insightful, and thoughtful. He greatly enjoyed research, was devoted to pushing back the boundaries of science, and took great delight in teaching others.”

When UF’s research publication Explore Magazine debuted in 1996, an article detailing Dr. Dean’s work was among the first stories written.

“Bob Dean was ‘Dr. Coastal Engineering.’  He was famous worldwide for his knowledge, and his mentorship of many students who became the new experts,” said Win Phillips, University of Florida’s executive chief of staff, who knew and worked closely with Dean for several decades. “The State of Florida, the nation, and a good bit of the world benefitted from his sage advice.  He was a gentleman and a scholar that will be missed.”

Dr. Dean and his wife started the Bob & Phillis Dean Fellowship in Coastal Engineering through the UF Foundation to help support the academic growth of coastal and oceanographic engineering students. (In lieu of flowers, his family has asked that friends contribute to this fund as well).

Read more about Dr. Dean’s life in the Gainesville Sun and the New York Times.