The Tau Beta Pi Engineering Honor Society held its annual convention from September 28 – Oct 1, 2022 in Knoxville, Tenn. The  University of Florida chapter, “Florida Alpha,” was recognized as the R.C. Matthews Outstanding Chapter, an award which goes to the chapter determined to be the best out of over 250. Florida Alpha won the award because of its Gatortrax outreach program which educates young children about engineering.

Baleigh Sweeney, president of the chapter, said, “The convention made me proud to be an engineering student and made me excited for my future working alongside people like the ones I met in Knoxville.” 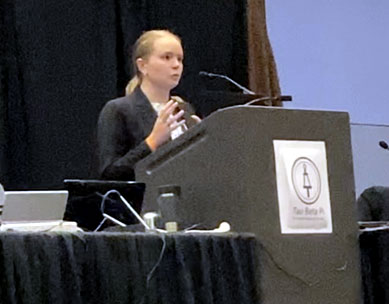 Baleigh Sweeney, MAE senior and president of the Florida Alpha chapter of TBP, proposes two constitutional amendments to the convention. 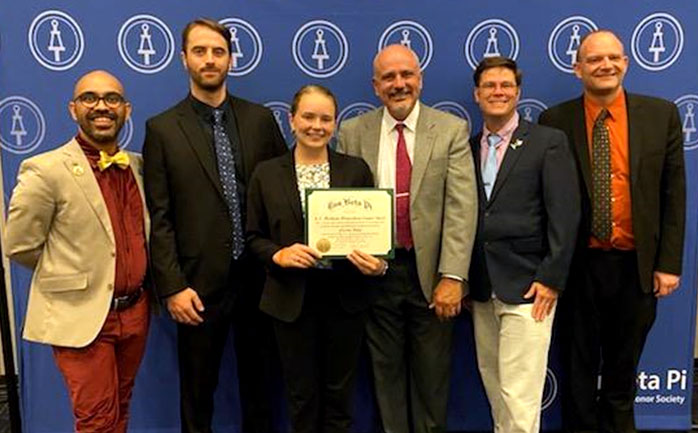