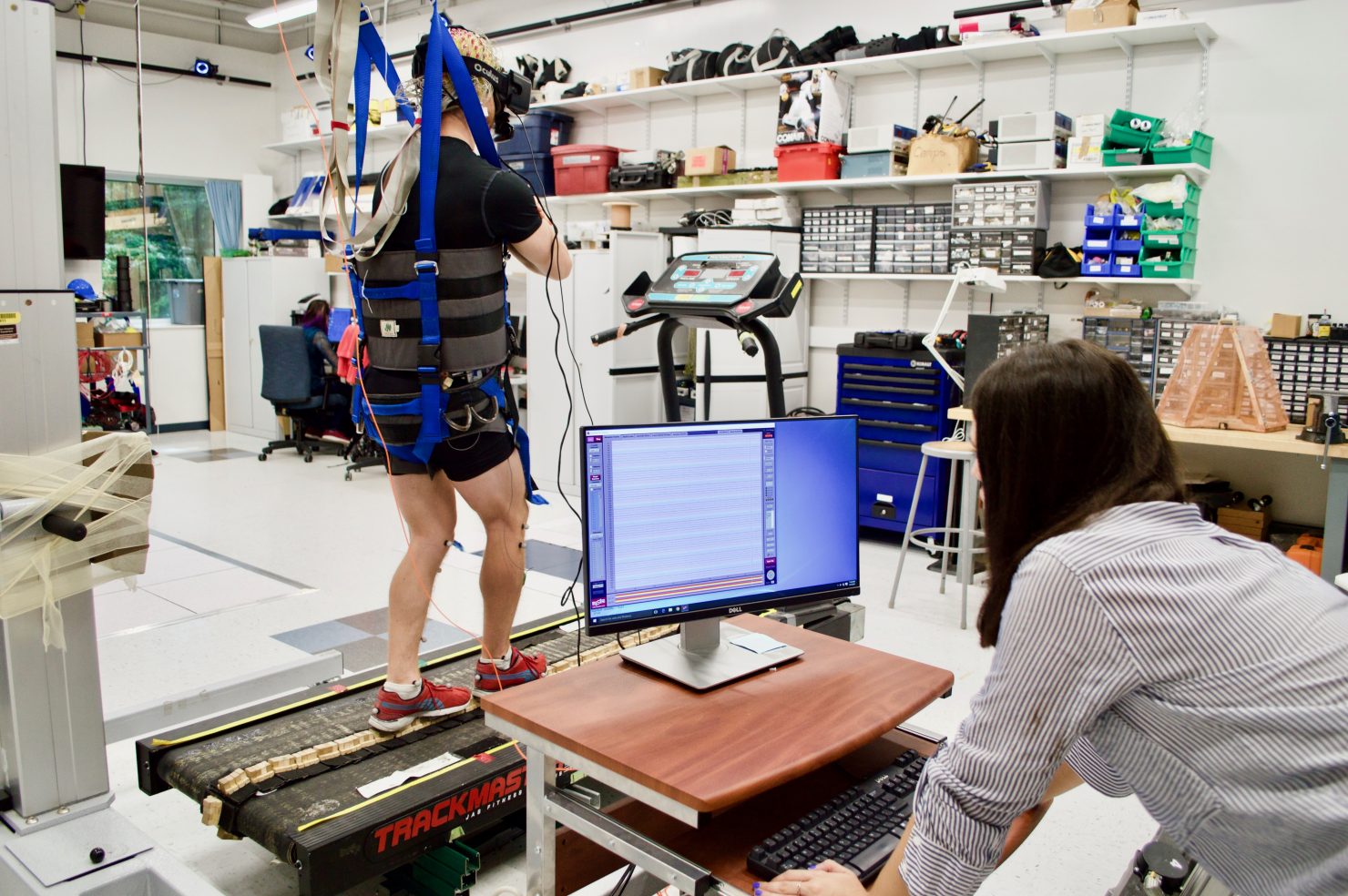 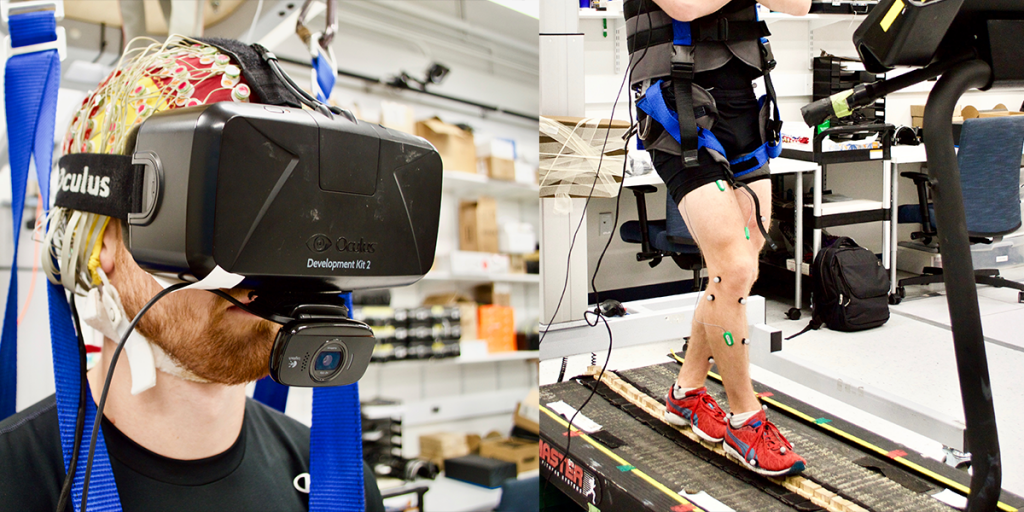 “Why, as we get older, do we have more problems with balance?

How can we train people who have bad balance – elderly people, amputees, stroke, or spinal cord injury – to improve their balance?”

Dr. Daniel Ferris, the Robert W. Adenbaum Professor & Senior Associate Chair, at the J. Crayton Pruitt Family Department of Biomedical Engineering in the UF Herbert Wertheim College of Engineering, and Steven Peterson, a Ph.D. student at the University of Michigan – Ann Arbor, are trying to answer these questions and mitigate this problem.

TRAINING THE BRAIN WITH VR

Ferris and Peterson learned that visual perturbation is better at stimulating the posterior parietal area of the brain, where much of coordination is centered. To train the brain to maintain better balance, they worked with virtual reality (VR) headsets, using young adults without any balance problems to establish a benchmark.

To typify traditional balance training, Ferris and Peterson used a balance beam built into a treadmill. They tested two groups to determine if visual perturbation via VR could make a significant difference in training the mind to maintain balance.

Both groups also wore a device developed by Dr. Ferris that allowed the researchers to perform mobile brain imaging. This technology, which allows subjects to move around while the imaging is in process, provided data while the study participants were moving on the treadmill.

These results showed conclusively that adding visual perturbations improved the outcome of balance training. VR provided the means to produce the visual perturbations, showing a significant scientific application for a technology that started out to simply entertain people.

Ferris concluded, “We have made two important discoveries in our research. Visual perturbation can aid in training the mind to balance the body, and virtual reality headsets provide a means to enable this training. There is more work to do, but we have made an excellent start.”

WHY TRAIN THE POSTERIOR AREA OF THE BRAIN? 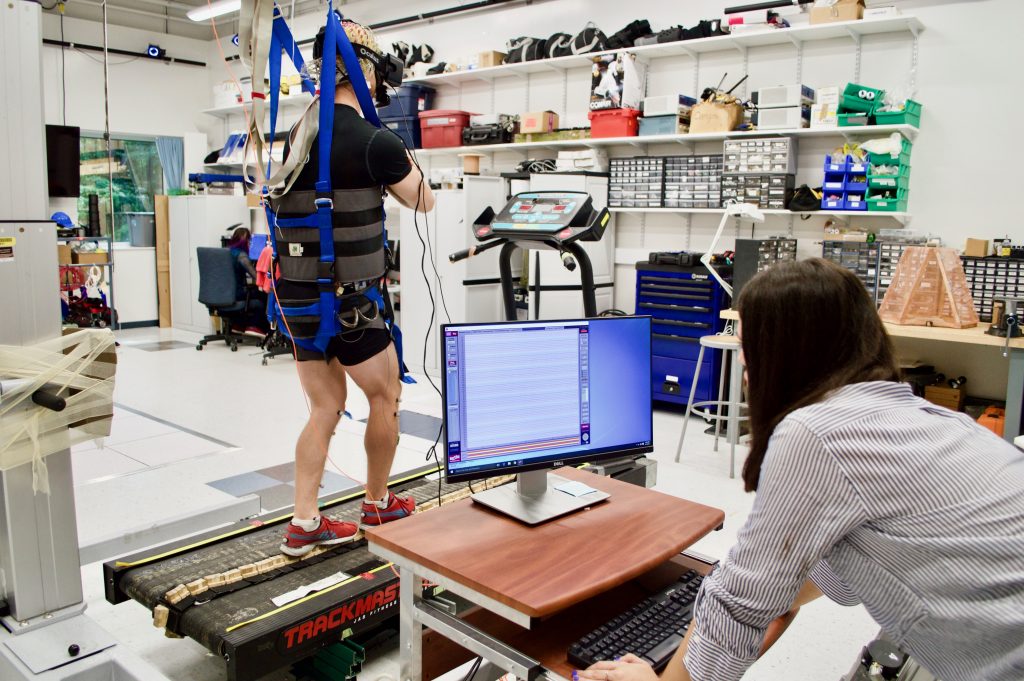 From this initial study, Ferris and Peterson reached the conclusion that visual perturbation primes the area responsible for coordination that is also important for motor learning. Therefore, visual perturbation should help subjects train their minds to better balance their bodies.

For details on the study of perturbation methods, see eNeuro: “Differentiation in Theta and Beta Electrocortical Activity between Visual and Physical Perturbations to Walking and Standing Balance.”