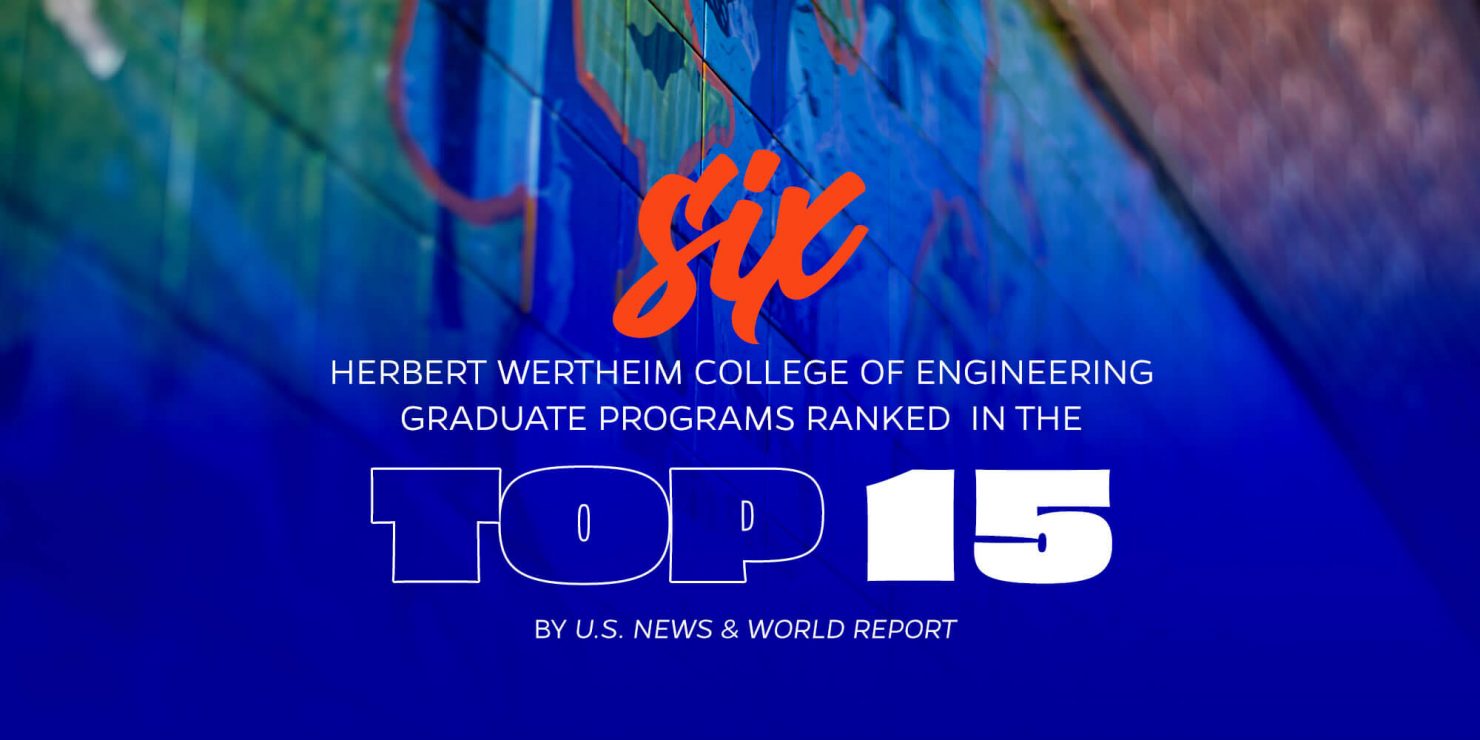 Building on an already strong reputation as one of the top public universities in America, the UF Herbert Wertheim College of Engineering is now ranked No. 23 overall among public universities by U.S. News & World Report (USNWR), moving up one spot since the magazine’s assessment of “Best Graduate Schools” last year, and has earned high marks from industry leaders looking for top-shelf engineering talent.

“The upward trajectory of our engineering graduate programs as evidenced by rankings among the top public peer engineering institutions is a testament to our commitment to attracting and retaining eminent faculty,” said Cammy R. Abernathy, Ph.D., Dean of the Herbert Wertheim College of Engineering. “We are grateful to the investment from the state and all our stakeholders in support of our college’s commitment to experiential learning, where our faculty and their graduate students continue to produce impactful, world-class research that not only serves to draw the best and brightest engineering students from all over the world, but also positions our graduate engineering programs at the University of Florida as a perennial leader in the nation.”

This year, the college also broke into the Top 15 bracket and attained the No. 13 position among industry recruiters balloted by USNWR. A consistent emphasis on leadership mentoring, hands-on and interdisciplinary research — some of them conducted in real-world settings and targeted at solving the most critical societal problems — have meant that Gator Engineering graduates are among the most well-prepared in the workforce. The UF AI University Initiative further boosts the demand for these engineering graduates, immersing them in multidisciplinary, artificial intelligence technology that prepares them for success in what has been called the “Fourth Industrial Revolution.”