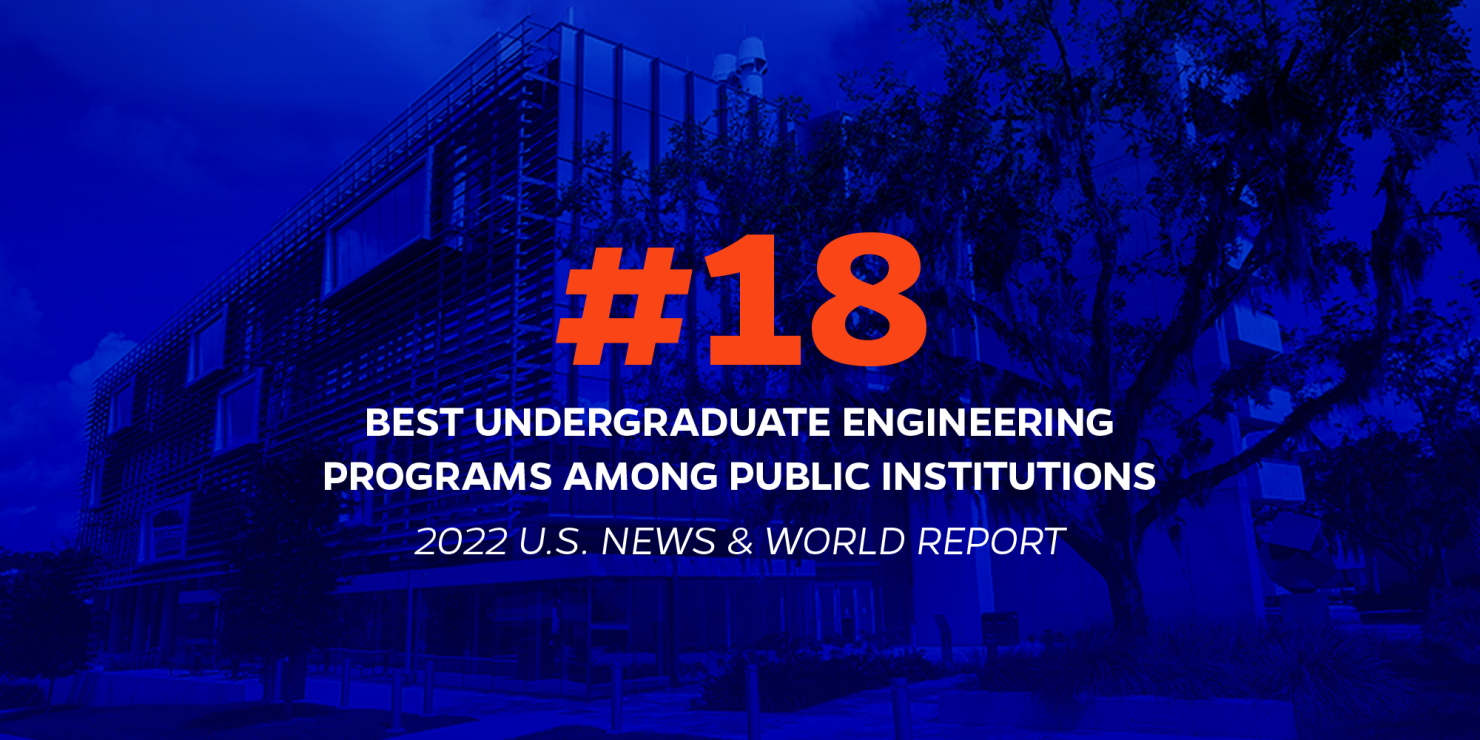 The Herbert Wertheim College of Engineering rose to No. 18 from 19th for best undergraduate engineering programs among public universities, and eight of its 11 engineering specialties were listed among the Top 20 in the 2022 U.S. News & World Report rankings, released this week.

Positioned among the Top 20 undergraduate engineering schools in the nation for four straight years, the Herbert Wertheim College of Engineering is also the highest ranked engineering college in the State of Florida, as reported by U.S. News & World Report in their assessment of the “Best Undergraduate Schools.”

In the last academic year, the Herbert Wertheim College continued its forward momentum as evidenced by rankings highlights, including:

This latest ranking comes as the University of Florida achieves it highest position in the publication’s annual list of the nation’s best public schools, moving up one spot to No. 5.

“As a three-time Gator grad ­­– and now UF professor — being at a Top 5 institution is exciting because it highlights the recognition of the outstanding work, bold vision and diversity of ideas from our faculty and students,” said Alina Zare, professor of Electrical and Computer Engineering. “Now, when I meet with colleagues and potential collaborators, I can say with even more pride that I work at the University of Florida. And I know our efforts to recruit the very best faculty and staff will be even more successful now. Go Gators!”