As we wrap up the end of the year, here’s a look at the Top 10 UF Engineering stories from 2017. From establishing a new institute focused on the Internet of Things to continuing our impact as a national leader in diversity, the UF Herbert Wertheim College of Engineering is Powering the New Engineer to Transform the Future!

College ranked in the top 1% for enrollment of women

At the Herbert Wertheim College of Engineering, women are transforming the future. Under the leadership of Dean Cammy Abernathy, the college has prioritized diversity and inclusion alongside leadership and innovation. We are the New Engineers – leaders with a strong technical foundation who are equally adept at thinking critically and collaborating with others to execute creative solutions.

Leveraging core strengths in data analytics, sensors, networking and cybersecurity with cross-campus disciplines – like transportation and healthcare – that are fundamental to the growing Internet of Things, or “IoT,” the University of Florida has just announced a new resource for the design, development and testing of state-of-the-art IoT systems: The Warren B. Nelms Institute for the Connected World. 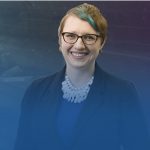 Kristy Boyer, an associate professor at the University of Florida’s Department of Computer & Information Science & Engineering, is the principal investigator on a new National Science Foundation research award that aims to change the way collaboration is taught, using – and teaching – computer science. An expert in human-centered computing, Boyer will use animated computer characters called intelligent virtual agents to teach and support upper elementary students. 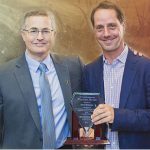 With a vision for transforming the future of sustainable energy, serial entrepreneur and University of Florida alumnus Alex Moreno just invested $3 million to help create a new professorship and program in the department of chemical engineering. With Moreno’s support, the college will move forward with an integrated energy program, accessible to students across all engineering majors, that will offer a certificate and minor in energy systems. 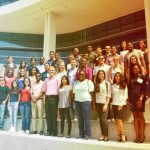 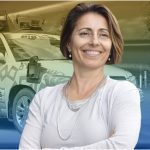 Transforming the Future of Transportation

Lily Elefteriadou, director of the University of Florida’s Transportation Institute (UFTI), leads the effort on more than $15.7 million in multi-agency grants to transform the future of travel. A civil engineering professor at the University of Florida’s Herbert Wertheim College of Engineering, Elefteriadou focuses on traffic operations and simulation modeling for both traditional transportation, as well as smart cities and self-driving cars. 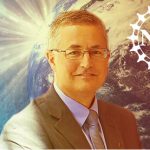 Professor Richard Dickinson will join the National Science Foundation this August, taking a rotation as the director of the Chemical, Biological, Environmental, and Transport Systems (CBET) Division. He will retain his faculty position with the Herbert Wertheim College of Engineering, returning to the University of Florida campus with the valuable experience of having worked within a federal research funding agency in Washington. 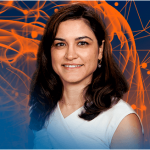 UF Biomedical Engineer Honored as Leader in Diversity and Innovation

For her biomedical research and commitment to diversity, Gunduz has been awarded the Denice Denton Emerging Leader ABIE Award by the Anita Borg Institute, a nonprofit organization focused on the advancement of women in computing. Her research strategy involves studying neural correlates of behavior and disease, and aftereffects of stimulation in neural networks to improve deep brain stimulation therapy. 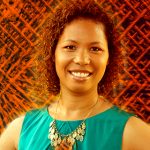 ASM International, a professional organization for materials scientists and engineers, has announced that its Board of Trustees has elected Michele Manuel to become a Fellow of its society. Manuel was the recipient of the Presidential Early Career Award for Scientists and Engineers (PECASE) and was recently named the chair of the Department of Materials Science and Engineering at the University of Florida. 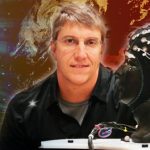 The Man Behind the Bionic Man

A nationally recognized leader in the field of biomechanics has joined the faculty at the Herbert Wertheim College of Engineering. Daniel Ferris, Ph.D. is the first person to hold the Robert W. Adenbaum Professorship in Engineering Innovation, an endowment established with a generous $1 million gift from the Leo Claire & Robert Adenbaum Foundation in 2015. Ferris’s current research helps to improve mobility and quality of life for people with motion disorders, such as Parkinson’s disease or those who have suffered a stroke or traumatic injury.