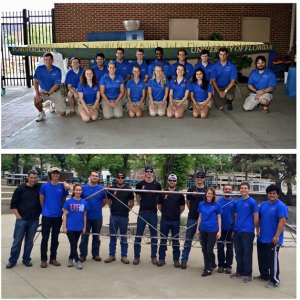 Call them the kings and queens of concrete and steel.

And in May, another team of Gator engineering students took the top prize in the National Student Steel Bridge Competition – cosponsored by the ASCE – at the University of Missouri in Kansas City. They competed against 208 teams from the United States, Canada, Mexico and China. 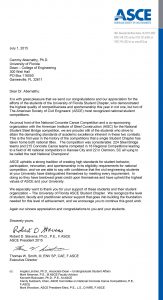 Letter of congratulations from ASCE’s president and director.

This is the first time in history that one school has won both of these annual competitions in the same year.

Read the Alligator’s coverage of the concrete canoe team.