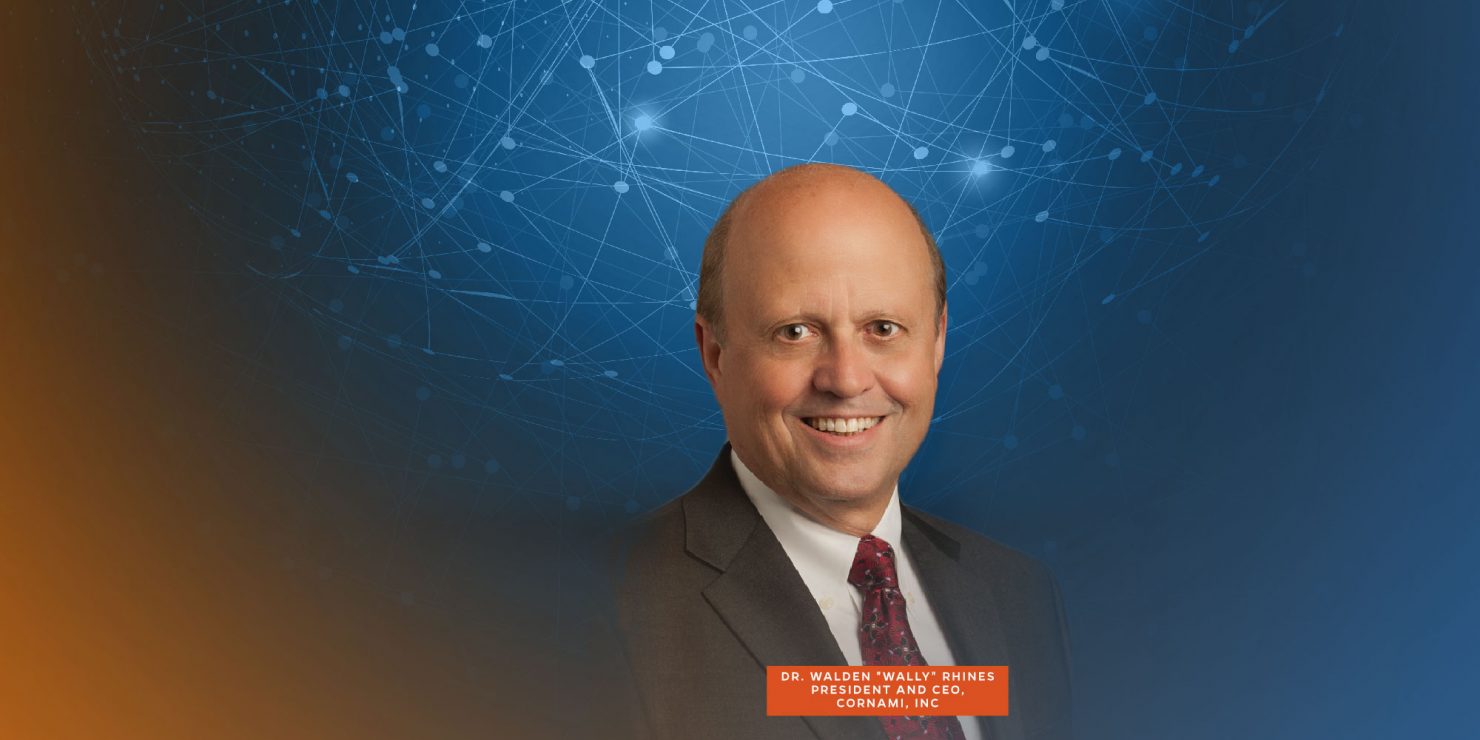 Dr. Walden “Wally” Rhines, son of the founding chair of the UF Department of Materials Science & Engineering (MSE) Dr. Frederick N. Rhines, has given a third endowment to the Herbert Wertheim College of Engineering. In 2007, Wally created the Frederick N.Rhines endowed professorship. In 2018, he created two professorships in the MSE department known as the Rhines Rising Star Professorships, continuing his father’s philosophy that “outstanding people want to work with other outstanding people.” Now, he is providing another endowment for a professorship in fully homomorphic encryption (FHE), a field in which Cornami, Inc., the AI company of which he is President and CEO, holds a leading edge position.

Fully homomorphic encryption refers to a form of data processing that allows computations on encrypted data without having to decrypt it first. The computational results remain in encrypted form until decrypted by the data owner, who holds the only decryption key. When decrypted, the output is the same as if the computations had been performed on unencrypted data. FHE is viewed as the best means of protecting data in untrusted environments because it secures the data itself rather than the data center or the data analysis processes. This key feature underscores its critical role in shaping the success of any organization, particularly those in healthcare, transportation, communication and most notably, financial technology (FinTech) where secure data storage, processing and transmission are of prime importance. FHE is considered the only cybersecurity protection that will remain unbreakable for the foreseeable future.

“Under the leadership of Dean Abernathy, UF has built one of the nation’s leading capabilities in cybersecurity,” states Wally. “Paula and I are proud to assist in the extension of that capability to one of the most important emerging technologies.”

The new gift for the FHE professorship will continue to further UF’s progress as a globally recognized leader in the field of cybersecurity research and in the application of artificial intelligence. The Florida Institute for Cybersecurity Research (FICS), which was established by the college in 2015 is already a recognized leader in all aspects of cybersecurity and assurance including hardware, network, mobile, big data, Internet of Things (IoT), applied crypto, social sciences, law and more. The institute’s direct support of industry and government partners also enhances the educational experience and outcome for a diverse set of top-quality graduate and undergraduate students.

“We deeply appreciate Wally’s astute foresight in equipping the college with leading expertise in fully homomorphic encryption. We are confident that the Walden and Paula Rhines Professorship will not only put us over the edge in cybersecurity research and education, but more importantly, it will further fuel our commitment and momentum in creating the much needed talent and technology pipeline necessary for meeting the industry demands of our State and our nation,” said Cammy Abernathy, Dean of the Herbert Wertheim College of Engineering.

Dr. Rhines is President and CEO of Cornami, Inc., a fabless software/semiconductor company focused on intelligent computing for fully homomorphic encryption and machine learning. He was previously CEO of Mentor Graphics for 25 years and Chairman of the Board for 17 years. During his tenure at Mentor, revenue nearly quadrupled and market value of the company increased 10X.

Prior to joining Mentor Graphics, Dr. Rhines was Executive Vice President, Semiconductor Group, responsible for Texas Instruments’ (TI) worldwide semiconductor business. During his 21 years at TI, he was President of the Data Systems Group, held numerous semiconductor executive management positions and was directly responsible for the creation and growth of the digital signal processing business which eventually comprised about 50% of TI’s total revenue.