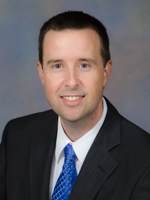 His research focuses on magnetic thin/thick films and magnetic micro/nanostructures; magnetic microsystems and electromechanical transducers; and compact (<100 W) power/energy systems. He received dual B.S. degrees in electrical and computer engineering in 1999, followed by the M.S. degree in electrical engineering in 2001, from the University of Florida, Gainesville. He received the Ph.D. degree in electrical engineering at the Georgia Institute of Technology, Atlanta in 2004. During his graduate studies, he held research fellowships from the National Science Foundation and the Tau Beta Pi engineering honor society.

Dr. Arnold is an active participant in the magnetics and MEMS communities, serving on conference committees for the MEMS, PowerMEMS, Hilton Head, Transducers, Sensors, MMM, and Intermag meetings. He was the technical program co-chair of the 2009 PowerMEMS and is currently on the editorial board of J. Micromechanics and Microengineering and Energy Harvesting and Systems. His work has been recognized with several prestigious awards, including the 2008 Presidential Early Career Award in Science and Engineering (PECASE) and the 2009 DARPA Young Faculty Award. Dr. Arnold is the current UF chapter faculty advisor and member of the Eta Kappa Nu ECE engineering honor society. He is also a Senior Member of IEEE and a member of Tau Beta Pi.