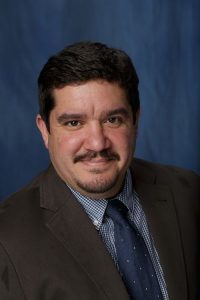 Our research focuses on using neuroimaging to study the neural correlates of addiction in rodent models. Functional magnetic resonance imaging (fMRI) allows us to inspect in vivo brain activation in response to a variety of cognitive, emotional and drug stimuli without disrupting the natural organization of the brain. The strength of the technique lies in its non-invasive nature that can permit longitudinal functional studies in the same animal over its adult life. The relatively good spatial and temporal resolution and the ever-growing database on the biological and biophysical basis of the blood oxygen level dependent (BOLD) signal make it a unique technique in preclinical and translational neuroscience research. Presently we are investigating several areas of interest that include: (i) the long term impact of chronic cocaine exposure on the brain dopaminergic system, (ii) the role of brain oxytocin and vasopressin systems on the processing of social stimuli, and (iii) the specific roles of the medial prefrontal cortex on motivation and emotion.  Our work could contribute significantly to understanding conditions such as addiction and depression.